Emily Blunt will not be reprising her role as Kate Macer in the Sicario sequal Soldado.

The choice belongs to Sicario screenwriter (who will return for the sequel) Taylor Sheridan. In fact, in a day and age where movies will make changes for the best interest of selling tickets, it's refreshing to hear that Sheridan's reasoning for writing Blunt out of the sequel is in service to film's story.

“That was my decision, and at some point I’m going to have to talk to her about it,” Sheridan told The Wrap. "Her arc was complete… I couldn’t figure out a way to write a character that would do her talent justice."

Macer went on an emotional roller coaster in Sicario. The character was caught in the midst of a Mexican drug war and trapped by Jon Bernthal's sketchball of a character at one point.

"Look what she went through,” Sheridan explained. “It was a difficult role. Here I write this lead character and then I use her as a surrogate for the audience. I make her completely passive against her own will so the audience feels the same impotence that a lot of law enforcement officers feel, I drag her through hell, and betray her in the end. It was an arduous journey for the character, and for Emily. That character had arc.” 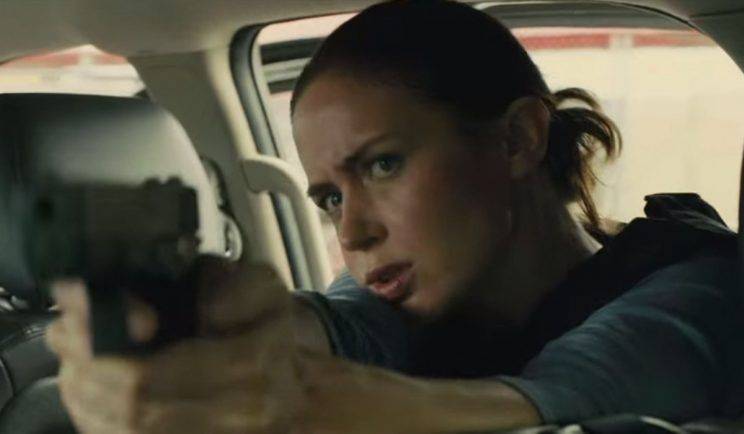 "What do you do next?" Sheridan said. "She moves to some little town and becomes a sheriff and then gets kidnapped and then we have ‘Taken?’ I had to tell the story that was true to this role, and I didn’t feel like I could create something with that character that would further that world that would do Emily’s character justice. That said, there could be room for Kate somewhere else down the road."

Blunt was once the frontrunner (at least by fans) for the role of Captain Marvel in the Marvel Cinematic Universe. The role ultimately went to Brie Larson but fans are holding out hope for Blunt to join the on-screen world of super heroes. The actress has a slew of sci-fi action packed films under her belt already, including Edge of Tomorrow, Looper, and The Huntsman: Winter's War.

Emily Blunt Will Not Appear In Sicario Sequel

The 100 Fans Are Divided About Series Finale "The Last War"