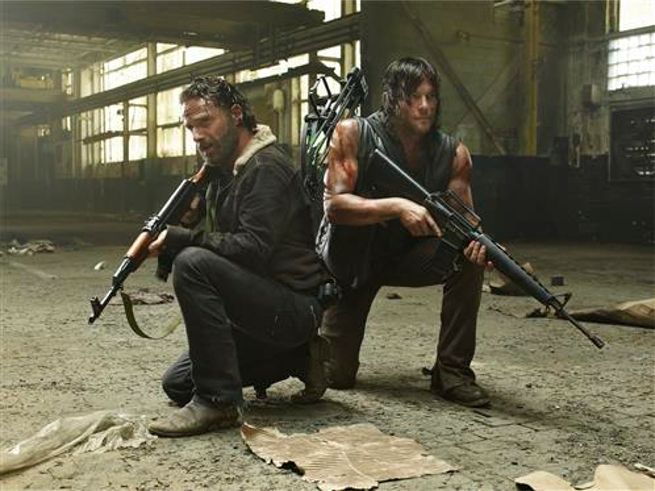 In a new interview with TV Guide, Norman Reedus and Andrew Lincoln revealed relatively little spoilers about the upcoming Season 5 of The Walking Dead. TV Guide notes that the season picks up in the boxcar where Season 4 ended, Father Gabriel Stokes in introduced, and the first half of the season is set on the road in and around Atlanta.

Based on early leaked photos from the set, it was already known that Rick's group were headed back to the metropolitan area of Atlanta. However, it wasn't known how long they were going to spend there. If TV Guide is right, then it looks like they aren't just paying a visit, but that the first eight episodes of Season 5 will be heavily based in and around Atlanta.

In the actual interview, Lincoln teased, "The last speech in the boxcar was a very important call to arms and a show of intent. I think people generally won't be disappointed with the opener."

Lincoln also added, "What we're doing is more action-packed. This is the first time we've picked up from a cliffhanger, so we don't need to explain anything. Let's just get on with it. And that was fun."