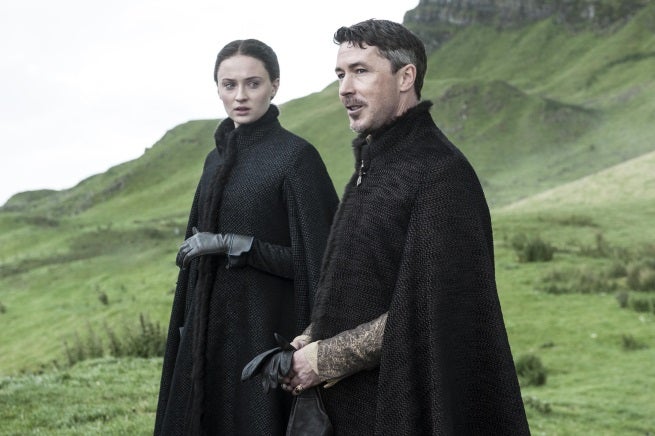 Game of Thrones Season 5 is just weeks away, and showrunners David Benioff and D.B. Weiss say it will begin a whole new era for show, as major characters meet for the first time

"Worlds are colliding," Benioff tells EW. "For so long, we've been in separate continents, and finally this season we're starting to see some crossover. Tyrion and Arya—at end of season 4, we saw two major characters bound for Essos. That changes everything for us. It's exciting to see our familiar characters in unfamiliar locales and interact with each other, and hopefully we'll see more of this as the story progresses."

"The storylines are blending in exciting ways," adds producer Bryan Cogman. "It's like Phase 2 of Thrones."

During the interview, the showrunners also shared their feeling about diverging from the George R.R. Martin-written novels on which the series is based, which occurs more often with each season.

"If we were to remain entirely faithful to A Feast for Crows, half the characters—the most popular characters—would be absent from the screen this season," says Benioff. "It's always been about adapting the series as a whole and following the map George laid out for us and hitting the major milestones, but not necessarily each of the stops along the way. It's an adaptation, it will have to adapt in order to survive. There are always going to be some people who want everything to remain exactly as in the books. For us, it was never a choice."

Benioff also says dynamics will change as the series reaches the end of Martin's published work.

"Everybody's curious. Some actors don't want to know. Some want to know everything. But if an actor knows their character is going to die at a certain time, we don't want them playing like that's going to be their fate."