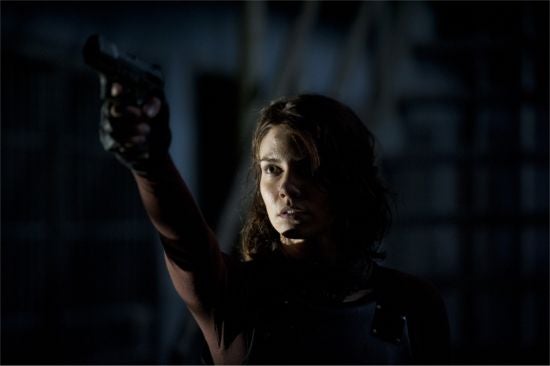 overcame The Walking Dead in the 18-49 demographic last night, breaking the cable hit's 3-week winning streak against TV's biggest juggernaut among one of TV's most sought-after groups of viewers. Football was up and The Walking Dead was down with the Dallas Cowboys  and New Orleans Saints--two teams with rabid fan bases who are much more likely to tune in than some of the smaller-market teams that have been on Sunday Night Football of late--playing. The 9 PM airing of The Walking Dead got 12.2 million total viewers last night to Sunday Night Football's 19.30 million for the night's game; compare that to 13.3 million and 15.4 million, respectively, for last week's airings. Football outscored zombies 9.9 million to 7.9 million in the demo. Next week should be an interesting game; while the Kansas City Chiefs don't necessarily scream "ratings powerhouse," they're playing the Denver Broncos, who are both wildly popular among football fans in general and widely expected to be in the mix for the Super Bowl this year. The Walking Dead, meanwhile, is picking up from last night's huge cliffhanger and building what's expected to be a three-week arc toward the mid-season finale. The Walking Dead still topped all scripted TV for the night, although this year it hasn't been keeping up their pace as the overall #1 scripted series on the air, with NCIS, Agents of S.H.I.E.L.D. and The Big Bang Theory regularly giving it a run for its money. Earlier today, The Walking Dead creator Robert Kirkman inked a deal with Cinemax to bring his new comic Outcast--a horror series about exorcisms--to television.