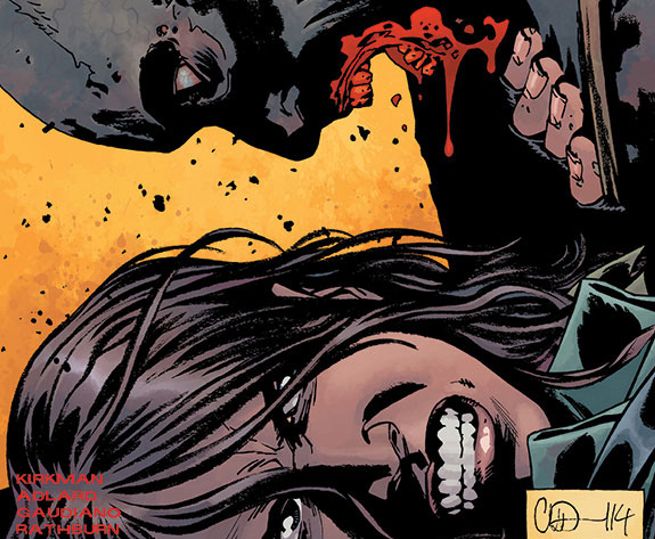 You may have noticed tonight that Noah, the survivor Beth met at the hospital, said that he's from Richmond, Virginia -- where they've got walls.

That's actually a pretty familiar concept to fans of the comic book series, and not just because of Woodbury, which is the obvious touchstone so far.

In the comics, Rick and company have spent some time at the Alexandria Safe-Zone, one of a number of settlements established by survivors of the zombie apocalypse that shared common travel routes and a rudimentary economy. Alexandria was the first such settlement Rick and his group found, and the residents there informed him of the existence of others. This all took place in The Walking Dead #69 or so -- which, for context, was three issues after the final appearance of The Hunters, the group Rick and company dispatched last week. 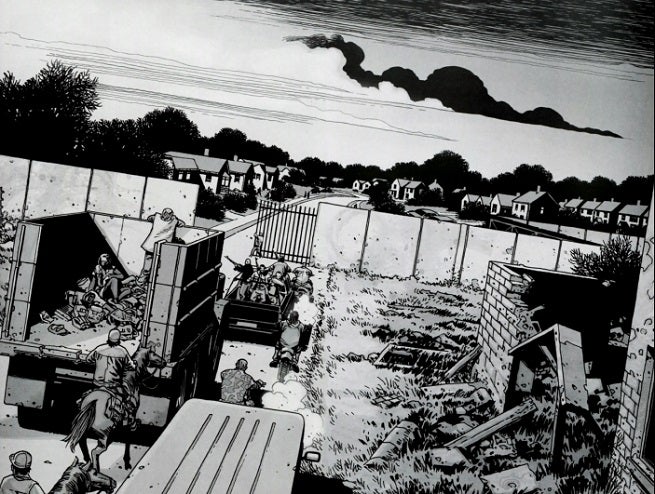 If they're really supposedly following the comics so closely, Alexandria is coming before December.

Both Alexandria and Richmond are cities in the Commonwealth of Virginia, not very far from Washington, D.C. While Richmond hasn't been seen at nearly the length that Alexandria has, it does have one important thing going for it: Magna.

A survivor introduced following the "All-Out War" arc, Magna is the leader of a small band of survivors who came to the Alexandria Safe-Zone following the five-year jump that succeeded the end of the war between Rick's survivors, the Saviors and other nearby settlements.

At the beginning of the apocalypse, Magna was one of many survivors who arrive at a nursing home near Washington D.C. Seeing it as a potential safe haven, she decided to stay. It didn't hold up for long, of course, and she and her group moved on -- but it's certainly interesting that Richmond gets a name drop here, since the hospital here has the same institutional feel and some of the same functions as a nursing home -- but that's probably reading a bit too deeply.

Of course, there has always been (and will be until we're shown otherwise, in all likelihood) some speculation that Magna and her group could play a major role in the as-yet-untitled The Walking Dead spinoff series set for a pilot in 2015.