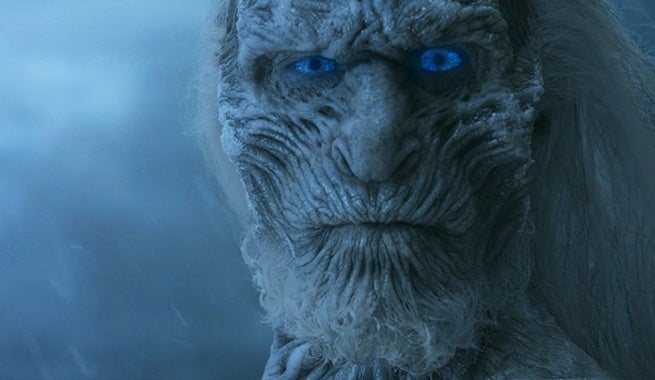 First of all, we've hardly seen the White Walkers. They've managed to make an appearance each season and unlike the people of Westerns, we really do know we're there. At least - us and Samwell Tarly know it and we know they can be killed only dragon glass which is currently in the hands of John Snow.

As the tale is told in the books, the White Walkers are an ancient race which 8,000 years before the events of Game of Thrones invaded Westeros during a generations long winter called The Long Night. Their army just grew and grew as they reanimated those they killed into wights to help their cause. It wasn't until the First Men and the Children of the Forest came together to defeat the White Walkers in a conflict known as War of the Dawn. According to the followers of the Lord of the Light, the two groups were unified by the last hero, Azor Ahai, who will return when the White Walkers return.

Around this time, the Starks took rule of the First Men and constructed Winterfell. Bran the Builder constructed the Wall with magic and science to keep the Walkers out and the Night's Watch was formed to beware of the White Walker's return.

The White Walkers appear to be humanoids but they're obviously something else. Wherever they are, cold weather follows but we don't know if they're following the cold or the cold is following them. From what we've seen, people who die near the White Walkers reanimate into mindless zombie like beings but they can turn humans, or babies at least, into completely different creatures and possibly make them their own as we saw when we watched fate of Crastor's last son.

Other than that, not much is known about their culture. They're due for an appearance in this season of Game of Thrones, so beware of the White Walkers.

Who Are The White Walkers On Game Of Thrones?