When it comes to anime, streaming has become the name of the game. The massive industry relies on sites like Crunchyroll and Funimation to show off series to international fans, but Netflix’s uptake on the medium has been a slow one. Recently, the site wowed audiences with its anime-esque take on Castlevania, but that is not the only project Netflix is backing.

In fact, Netflix has more than a dozen other anime projects spinning in their wheelhouse.

Earlier today, news broke that the entertainment company is moving forward with 13 new anime projects. Netflix announced each title during a press event in Tokyo as the site outlined its release schedule for a dozen television series and a feature film. The slate is expected to span across a couple years as Netflix pushes to become a major name in anime production. So, if you want to read up on the company’s extensive line-up, you can check out its anime orders in the slides below!

One of Netflix’s most anticipated projects is all thanks to the Devilman franchise. Netflix ordered a remake of Go Nagai’s famous series, and the film will retell Akira Fudo’s origin story of how he became the Devilman, a hybrid demon who’s been tasked with protecting the world against nefarious demonic hordes.

Production I.G. is turning to Netflix as a new venue for anime screening. The animation studio confirmed The Beginning will hit Netflix, and the gritty fantasy-procedural will follow a kingdom’s royal police force as they try to catch their city’s most infamous serial killer.

If supernatural stories are up your alley, then Sword Gai: The Animation will be a must-watch series for you. The anime will follow a young orphan named Gai whose right arm was replaced with a demonic sword. The boy uses the weapon to fight of plenty of supernatural enemies of his.

Love My Hero Academia? Well, you’ll want to check out this entry then. Netflix will bring A.I.C.O. Incarnation to its line-up thanks to Bones, the studio behind shows like My Hero Academia. The anime will tell the story of a young girl who goes looking for her parents after an event known as “The Burst” occurs. The heroine will be forced to seek help in a city desolated by the Burst, and she will discover the truth behind the event’s lethal origins.

Not every anime has to be a melodrama, and Lost Song plans to prove just that. The 12-part fantasy series plans to be a lighter affair thanks to its whimsical aesthetic. Lost Song will follow two women who learn they can cast magic through songs, giving them the key to keeping their Kingdom from entering war.

If you love all things Sanrio, then you will want to check out this fluffy title! Rilakkuma is about to represent San-X in a big way when the kawaii bear gets his own stop-motion anime. The series will imagine the cutesy icon as a sentient stuffed bear who works in an office filled with overworked animals such as itself.

Knights of the Zodiac: SAINT SEIYA

For those of you who thought Saint Seiya was finished, then think again! Netflix confirmed it is partnering with Toei Animation to reboot the iconic series for a new anime. The impending series will adapt the first two arcs of Masami Kurumada’s sci-fi manga, so the “Galaxy War” and “Silver Saint” sagas will be animated in 1080p for everyone to see.

Love sports? Then Baki is just the anime you’ve been waiting for. The Netflix series is an adaptation of Keisuke Itagaki’s Baki the Grappler, a manga centered around no-rules brawling. The story follows a young man who wants to become the world’s strongest fighter, so he trains by brawling with prisoners sitting over on death row.

Oceans 11 has nothing on Netflix’s anime gamble. Kakegurui may look like another high school anime from the outside, but it is anything but. The series is set in an academy that is dedicated to teaching sharp-minded students the art of casino and parlor games.

If you are a fan of the Fate/Stay franchise, then you likely knew that Fate/Apocrypha would be the next entry into the series. However, thanks to Netflix, fans have learned just how they can watch the spin-off. The streaming site will air Fate/Apocrypha simultaneously with its Japanese, so fans around the world can keep up with its magical storyline.

Children of the Whales

Abi Umeda’s beloved Children of the Whales manga is getting its own titular anime. Netflix plans to bring the colorful series to life as it follows a magical civilization after their traveling island finally makes contact with the outside world for the very first time.

Netflix will role out its first anime feature film this year with Godzilla: Monster Planet. The animated movie is set 20,000 years after the kaiju forced mankind to leave Earth, but humanity isn’t willing to give up the planet just yet. A select team of high-tech soldier will be tasked to reclaim Earth from Godzilla, but the King of Monsters has had lots of time to grow since humanity last saw him. 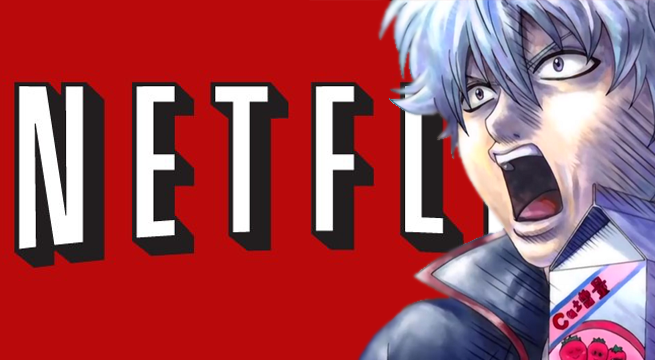