The longest continuously filmed paranormal investigation in television history, where five paranormal investigators are locked inside the legendary Pennhurst Asylum in Pennsylvania for two weeks to document unexplained recent reports of paranormal activity. From 1908 to 1987, the 110-acre hospital had more than 10,000 residents, mostly children, confined in the most brutal conditions. Pennhurst is known as one of the most haunted locations in the United States, but recently, workers at the site have reported a sharp uptick in paranormal activity including mysterious noises and voices while others claim they were being physically attacked by spirits. Determined to get to the bottom of these claims, the owner has granted the team of investigators unprecedented access to the entire property including areas of the asylum that are closed to the public. The team will hunt the sprawling, spine-tingling property using their formidable skills and a wide array of top-notch tech gear to capture paranormal activity working to uncover the Asylum’s darkest secrets and help determine why the paranormal activity is spiking. 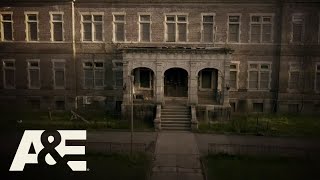