The walls are falling down in AfterShock's Animosity, and we've got an exclusive new preview of Animosity #18.

The newest issue sees a full-scale war between animal and humans as Sandor and his friends attempt to rescue Jesse. That path is going to be far from easy, as armed soldiers and beaten down but not shattered walls stand in their way. That means there could very well be a few lives lost in the process. The good news is, even if they don't survive, they aren't going out without a fight, and are going to leave a few lives lost on the other side before they go.

That goes for Jesse as well. As you can see in the preview, Jessie is doing her part to take this city down from the inside. Some will underestimate her, but give her a shotgun and she will definitely make you regret it.

You can check out the full preview in the gallery and the official description can be found below.

"What has been seen cannot be unseen. What has been known cannot be unknown. The survivors gaze upon a changed world of grief, rage, love, and remorse—a world where, win or lose, they will forfeit the blissful ignorance they once held dear. 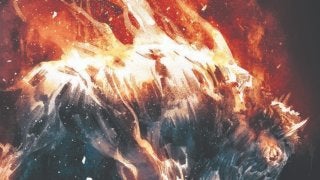 Preview: The Walls Fall In 'Animosity' #18

God of War Ragnarok Update Has Some Disappointing News for Fans

Steam Sale Discounts One of the Best Games Ever to $0.99