Reflecting on the entirety of Kill Or Be Killed, it's apparent that momentum was one of its greatest strengths. Like so many prior Brubaker and Phillips' joints, it featured fascinating (if ugly) characters, nuanced storytelling, and plot twists aplenty. What set it apart from most though was the rapidity at which the entire story proceeded. Even as the initial premise diverged further and further from superhero tropes, action and cliffhangers remained reliable elements of each issue. It was never possible for readers to maintain their bearings and the gunfights were always gripping. This strength grows increasingly apparent across each new page of a final issue which releases all of that momentum only to let readers wonder what it was really all about.

The only thing sudden about Kill Or Be Killed #20 is how quickly it embraces its new pacing. On the very first page Dylan confronts his unexpected demise at the end of the previous issue by discussing how it functions as a storytelling trope, or rather the upheaval of one. There are comparisons made to the nature of death in reality and how shocking major events generally are, even referencing 9-11. Dylan doesn't have anything new to contribute in this monologue though, effectively lampshading the quick conclusion of the series and a general lack of meaning. Calling attention to this element does it no favors and neither does the extended alternate ending in which Dylan survives. They each act as constant reminders of a nihilistic worldview without adding anymore subtlety to the philosophy than Thanos in a Jim Starlin comic.

None of this is to say that Kill Or Be Killed was a directionless series, only that the final chapter serves little point on a narrative or thematic level. Dylan's role as a toxic man failing to reckon with the world or his place in it has provided a substantial thread to connect the action and twists of the story. Much the modern superhero, he has provided a fantasy that encourages projection onto violent means without end. All of this was apparent long before Kill Or Be Killed #20 arrived though, and the newest issue is one more reminder that as entertaining as his story might have been, Dylan is a terrible person. The push-pull of temptation between hating and sympathizing with his character has not added new folds at this point and readers likely understood their relationship to Dylan and his narrative well before his death. Some elements of his final fantasy are summative, but they primarily read as space in need of filling.

Only in the final few pages is there an added twist, one that does little to expand upon the core themes of the work, but does allow for a better ending than either of those provided by Dyaln's own work. Refocusing the story on Kira connects Dylan's twisted worldview with another, one that tempts the reader to sympathize in a similar manner as Kill Or Be Killed #1 did. It is here that Phillips and Breitweiser expand upon the many excellent facets of their work that readers have come to rely upon throughout Kill Or Be Killed. The purposeful use of negative space, whether it is in snow filling the final moments of Dylan's fantasy or in Kira's denouement allows a glimpse into imagined possibilities and nonexistent innocence. It serves as visual metaphor for what this sort of person erases from the world in order to allow their own ego and ideas to take hold. When juxtaposed against the flat black expanse of the demon, that still mysterious element serves a greater purpose. 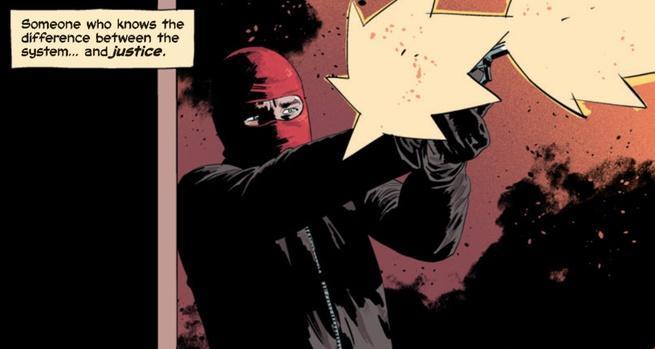 Kill Or Be Killed #20 is something less than the story and ideas that built to it. Diving deep down the rabbit hole of revenge narratives fueled by American gun culture and popular media, it found that there was no light at the end, only a deeper, darker pit. The journey, just like the media it criticized, was always entertaining, even when it was troubling. There is no substantial to be found for Dylan or any of the people in his life. Even his own acknowledgement of a doomed mission provides little comfort or understanding of the problem he represents. His life could be described many ways: pathetic, tragic, cruel… No matter which direction one decides to go though, it ends on the pavement choking in blood. There's little meaning beyond that sad, still final image, and this issue stretches the narrative too far beyond it.

Review: 'Kill Or Be Killed' #20 Follows Its Narrator Down One Final Tangent

Netflix Saved a Cancelled Series, and Now It's Dominating Every Other Streaming Service