Speaking as someone that looks at and posts a LOT of concept art, it is always exciting to come across concept art from early on in pre-production—especially for a high-profile film like David Ayer's Oscar-nominated (for Best Makeup and Hair) Suicide Squad.

Why is that type of art so interesting? Because, you can see whether or not a director had a clear and consistent vision throughout production, and in this case, Ayer's vision for Harley Quinn, Joker, and Deadshot stayed consistent from beginning to end.

Of course, not every idea wound up in the film. When you click on "Start Slideshow," you'll immediately notice that there was a rough idea sketched out of Harley Quinn hallucinating a red devil on her mallet and blue angel resting in the palm of her right-hand.

The artwork was created by conceptual artist Andrew Hunt, who explained: "I was hired to sketch out a lot of attitude concepts and mood for Suicide Squad." 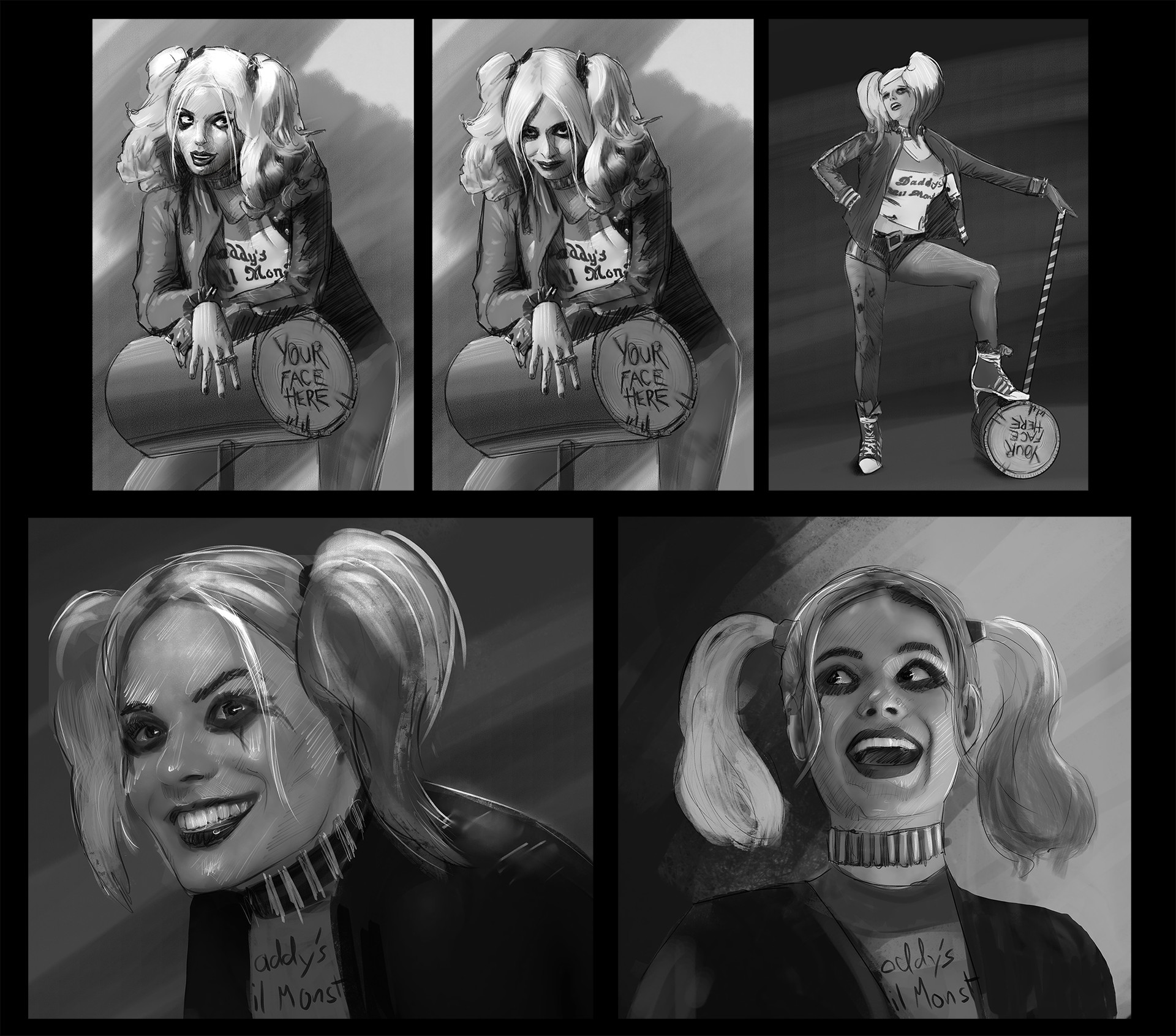 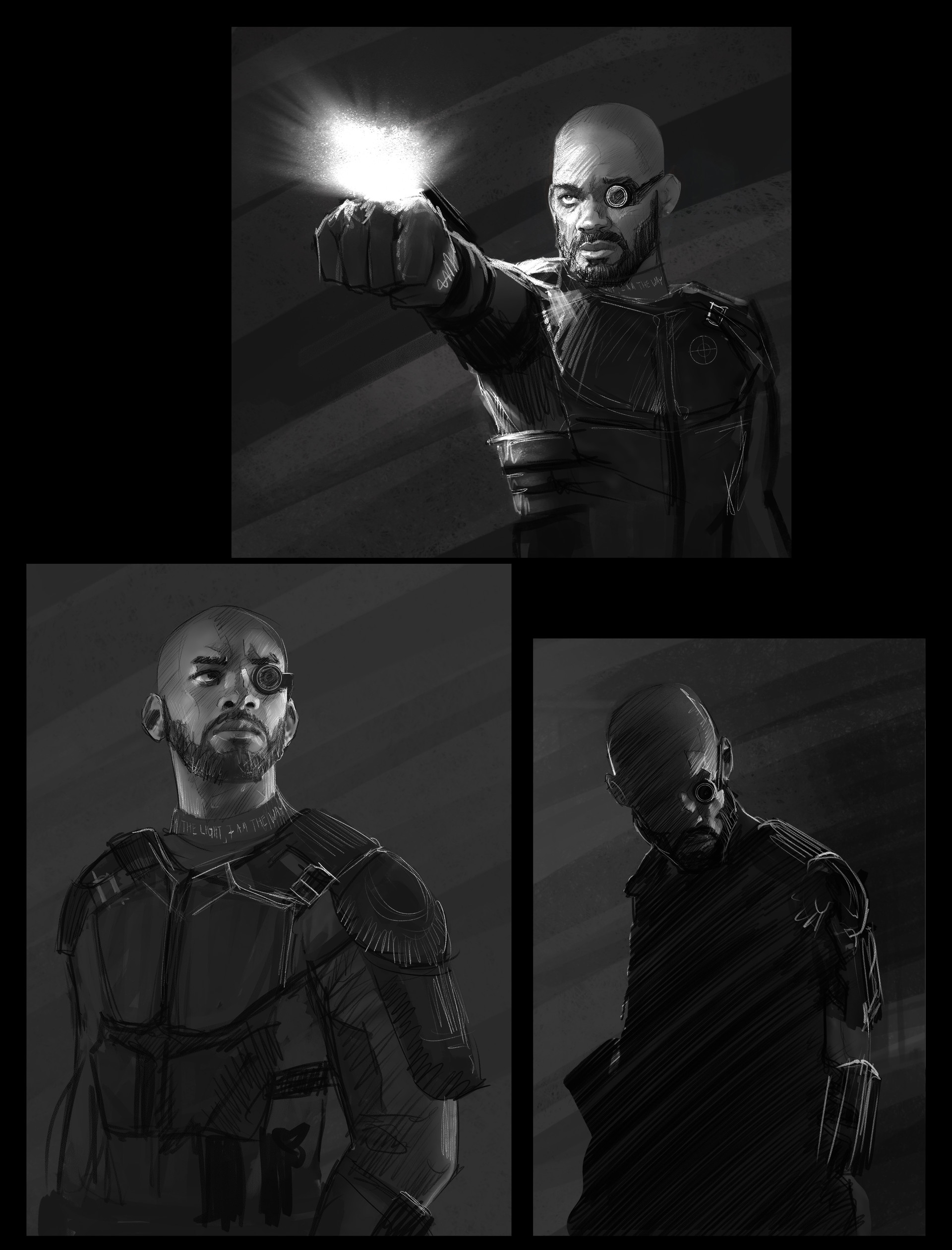 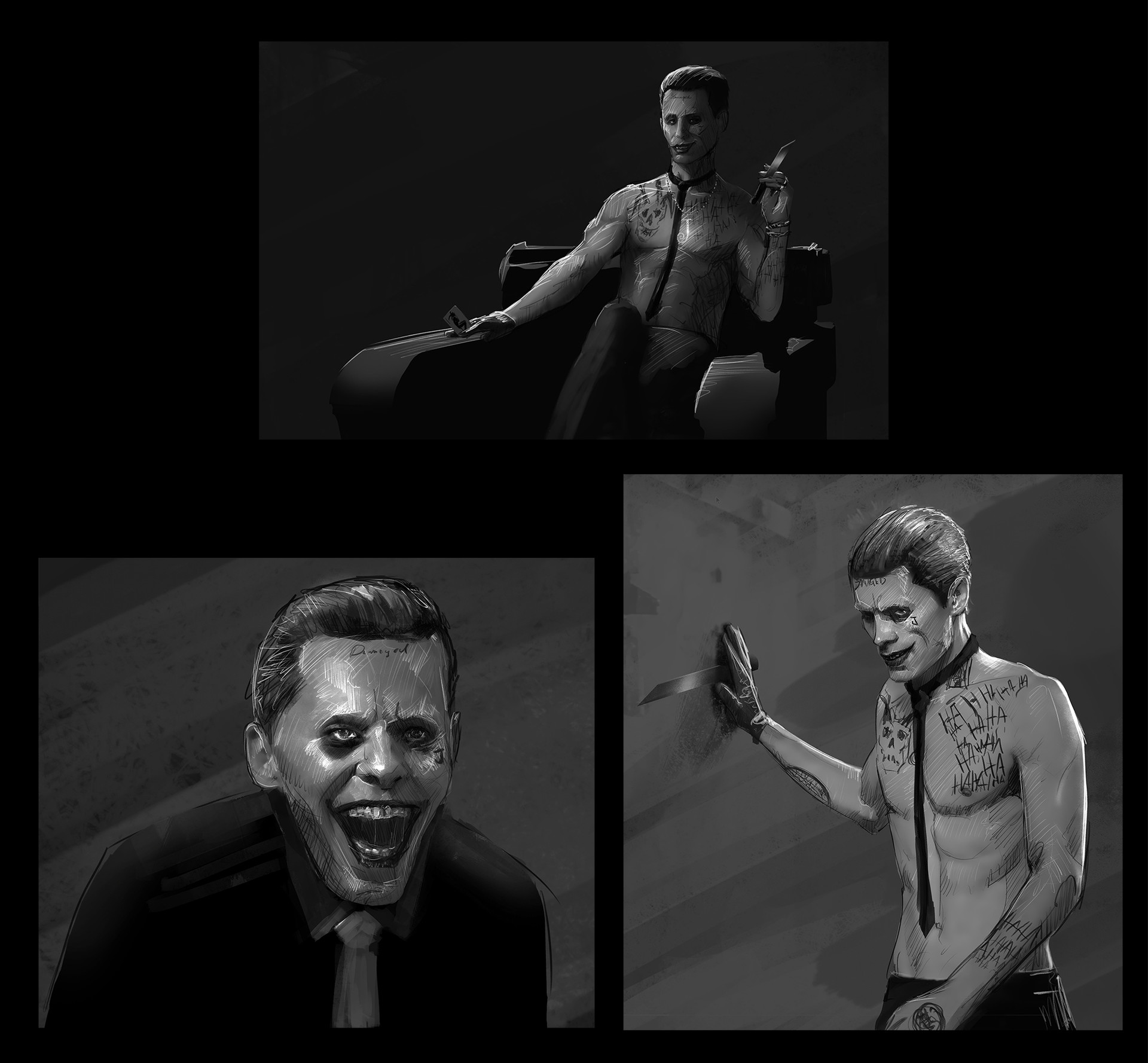 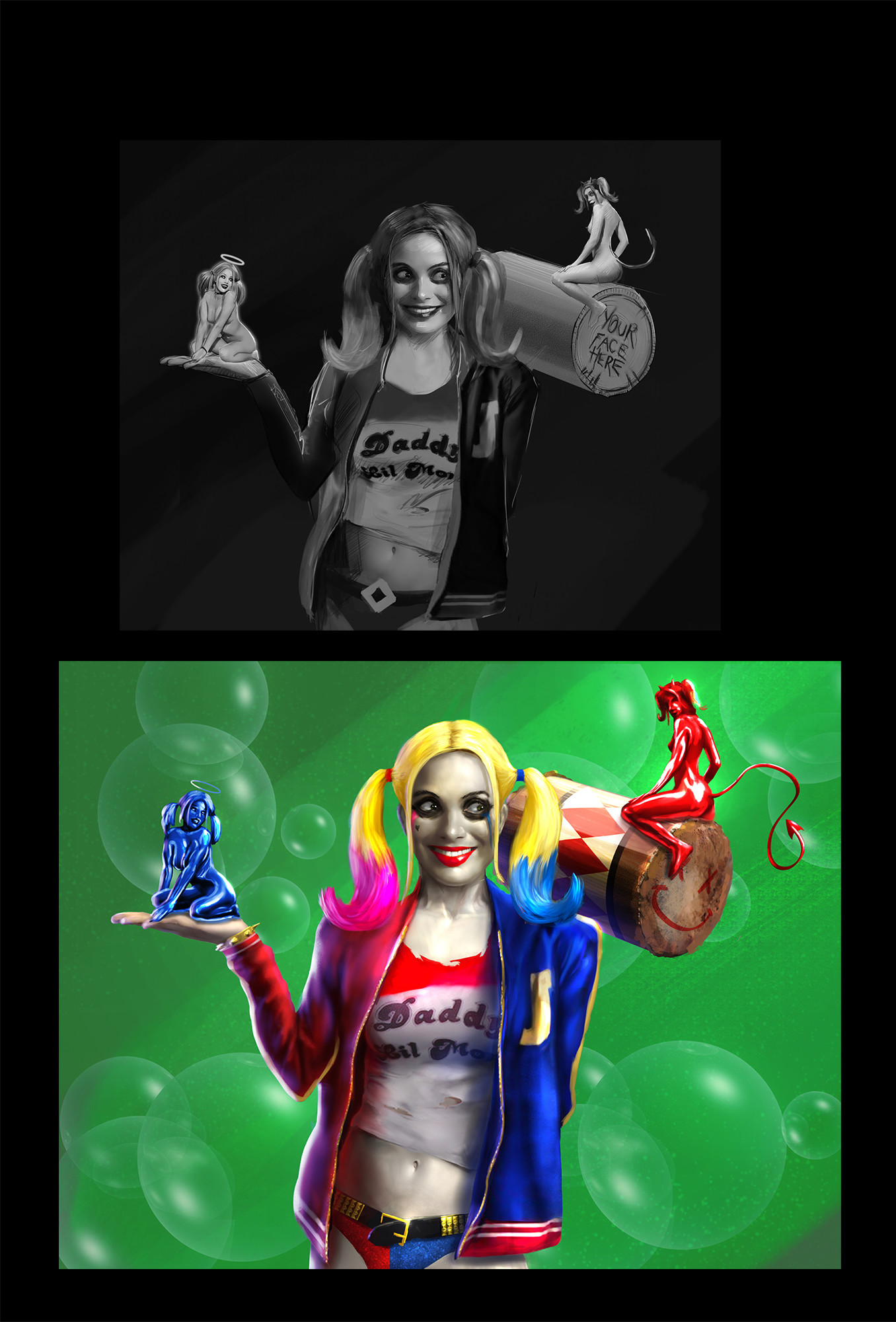 James Gunn Vows to Change One of DC's Weirdest Traditions