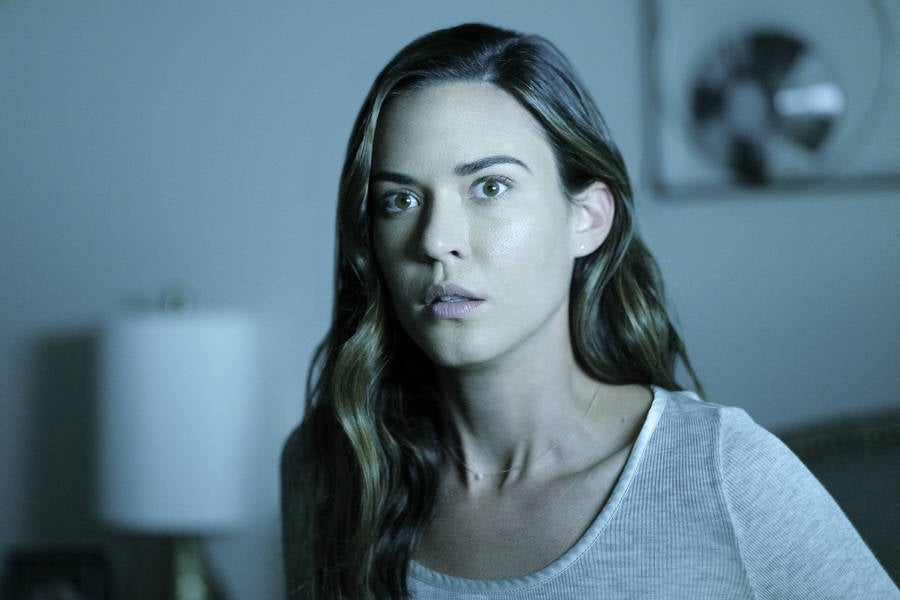 Supergirl is taking a new approach with its season three big bad, but what exactly could the endgame be?

Spoilers for tonight's episode of Supergirl, 'Triggers', below!

Tonight's episode focused heavily on Samantha Arias (Odette Annable), a single mom who's entered the orbit of Team Supergirl in various ways. As Samantha navigated her life, getting a new job at L Corp and taking care of her daughter Ruby (Emma Tremblay).

Ruby kept bringing up Samantha saving her at the pier, and questioned if her mom secretly has superpowers. At the end of the episode, Samantha put her powers to the test, attempting to bend a crowbar in her house's garage.

For eagle-eyed fans, this certainly feels like the next step in Samantha's transformation into Reign, the season's big bad. But is she set on a path of no return? Or could Supergirl be paving the way for her evil turn - and then her redemption?

The Search For Her Origins

Judging by what we already know, it sounds like one of Samantha's main goals will be searching for answers about her heritage, which fits right in line with her DC Comics backstory.

In the comics, Reign was much more familiar with her true form, but crossed paths with Supergirl on her search for answers. She confronted Kara for the truth, but left the hero for dead when she wasn't able to help.

That arc could certainly play out within Supergirl, but in an interesting way. In the end, Reign and her fellow Worldkillers were created by Zor-El, Kara's father. After last week's season premiere ended with Kara's mom, Alura (Erica Durance) transforming into a grotesque face resembling Reign's comic appearance.

Maybe Alura could really be behind the creation of Reign - and Samantha just wants some sort of closure on the subject, and maybe even help from Team Supergirl to control it.

This plotline would put a pretty interesting spin on what's expected with Arrowverse big bads, as they largely are usually responsible for their own supervillain origin. Reign could very easily fall into the "I didn't ask to be made" trope, which would definitely pave the path to her redemption.

While Samantha's origins might still be a mystery this early on in the season, one thing isn't - her love of Ruby. So far, Samantha's use of her powers have been directly tied to Ruby, particularly saving her in times of danger.

Will her motivations be the same going forward, or could something more sinister take over? Judging by comments from Annable, Ruby could be a core element of Reign's motivation either way.

"She loves her daughter more than words can express." Annable said a recent interview. "They have a really special bond. What I think is really special about this storyline is it's a slow play and you'll get to see this whole heartbreaking story unfold. They're taking their time with it, and we have the time to do it. I think the audience is really going to hopefully relate."

If Samantha's evil turn does end up being directly tied to Ruby, it certainly would open the window for her to be redeemed - especially after the amount of time spent letting audiences see their relationship.

While the Arrowverse has certainly dabbled in big bads with children - namely Arrow's Malcolm Merlyn and Damien Darhk - those relationships weren't necessarily the most positive, or weren't really explored within the show. Samantha and Ruby's relationship certainly seems to be being explored - and could have an effect on what becomes of her as a villain.

Supergirl airs Monday nights at 8/7c, on The CW.

Will Reign From 'Supergirl' Be the First Redeemable Arrowverse Villain?