The poster gives us a good look at the final design for the Ant-Man costume, with the disembodied heads of two generations of Ant-Men – Scott Lang (Paul Rudd) and Hank Pym (Michael Douglas) hanging in the background. 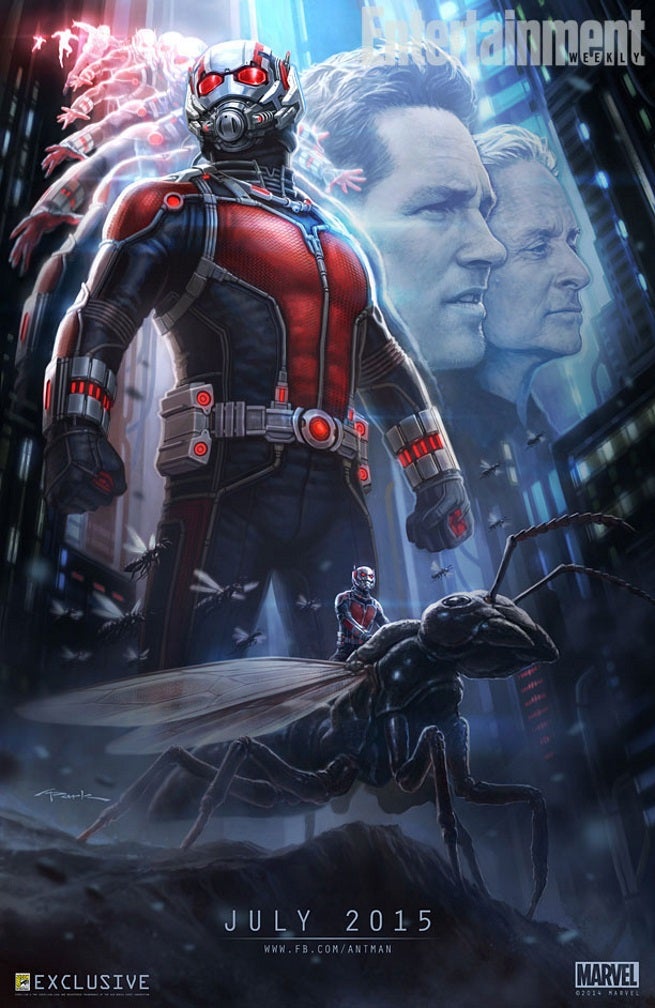 The poster suggests that Marvel Studios plans to start pushing the film in earnest, perhaps even showing a teaser, at Comic-Con, which may be what the film needs to get it past the controversial exit of director Edgar Wright once and for all.