In the 2015 Marvel film, Thomas the Tank Engine has a humorous and memorable cameo in the climactic fight scene between Ant-Man and Yellow Jacket. While the miniaturized superhero and supervillain are slugging it out in Cassie's bedroom, the iconic kids toy barrels down the train tracks and collides with Darren Cross, but it just bounces off of him. Later on, Lang tosses a Pym Particles disc at Cross, but when the villain deflects it, the disc hits Thomas and the toy becomes enormous — smashing through the roof of Maggie and Paxton's home and lands on the hood of a police car.

In a July 2015 interview, director Peyton Reed explained how that cameo came about:

"I believe in Edgar [Wright] and Joe Cornish's original drafts it was a train set," Reed recalled to Film School Rejects. "At some point in the process that predated my involvement it became Thomas. As I came on, they had not secured the rights to Thomas. We had to do this whole thing where we did this presentation for the people who own the rights to Thomas. Thank God they agreed and found it funny, but there were definite stipulations. For example, nobody could be tied to the tracks and run over by Thomas. Thomas couldn't be doing anything that could be perceived by children as evil Thomas. Thomas had to stay neutral in the battle, which was always our intention. Like anybody, they're protective of their brand. I didn't know what we were going to do if we didn't get the rights to that. There are certain things I was going to be devastated about if we couldn't have them. Thomas was one, because… you could do any kind of toy train, but the personality of that thing and the eyes moving back and forth give it a whole vibe and took it to another level."

Apparently, if they didn't get the rights to Thomas the Tank Engine, they were going to use a character from Pixar's Cars franchise. How do I know that? Conceptual artist Andrew Kim (Guardians of the Galaxy) has shared keyframe art in which Sheriff — the 1949 Mercury Eight police car that patrols Radiator Springs and was voiced by Michael Wallis — is the toy that bursts through the home and lands on the cop car.

You can check out that artwork, along with alternate Yellow Jacket designs and other keyframe art, by clicking on "Start Slideshow."

The next evolution of the Marvel Cinematic Universe brings a founding member of The Avengers to the big screen for the first time with Marvel Studios' Ant-Man. Armed with the astonishing ability to shrink in scale but increase in strength, master thief Scott Lang (Paul Rudd) must embrace his inner-hero and help his mentor, Doctor Hank Pym (Michael Douglas), protect the secret behind his spectacular Ant-Man suit from a new generation of towering threats. Against seemingly insurmountable obstacles, Pym and Lang must plan and pull off a heist that will save the world.

Ant-Man grossed $519.4 million at the global box office. It was directed by Peyton Reed. The story was conceived by Edgar Wright and Joe Cornish, and the screenplay was written by Adam McKay and Paul Rudd.

Want the chance to win one of Logan's claws thanks to Regal & IMAX? Click here or the image below to enter! 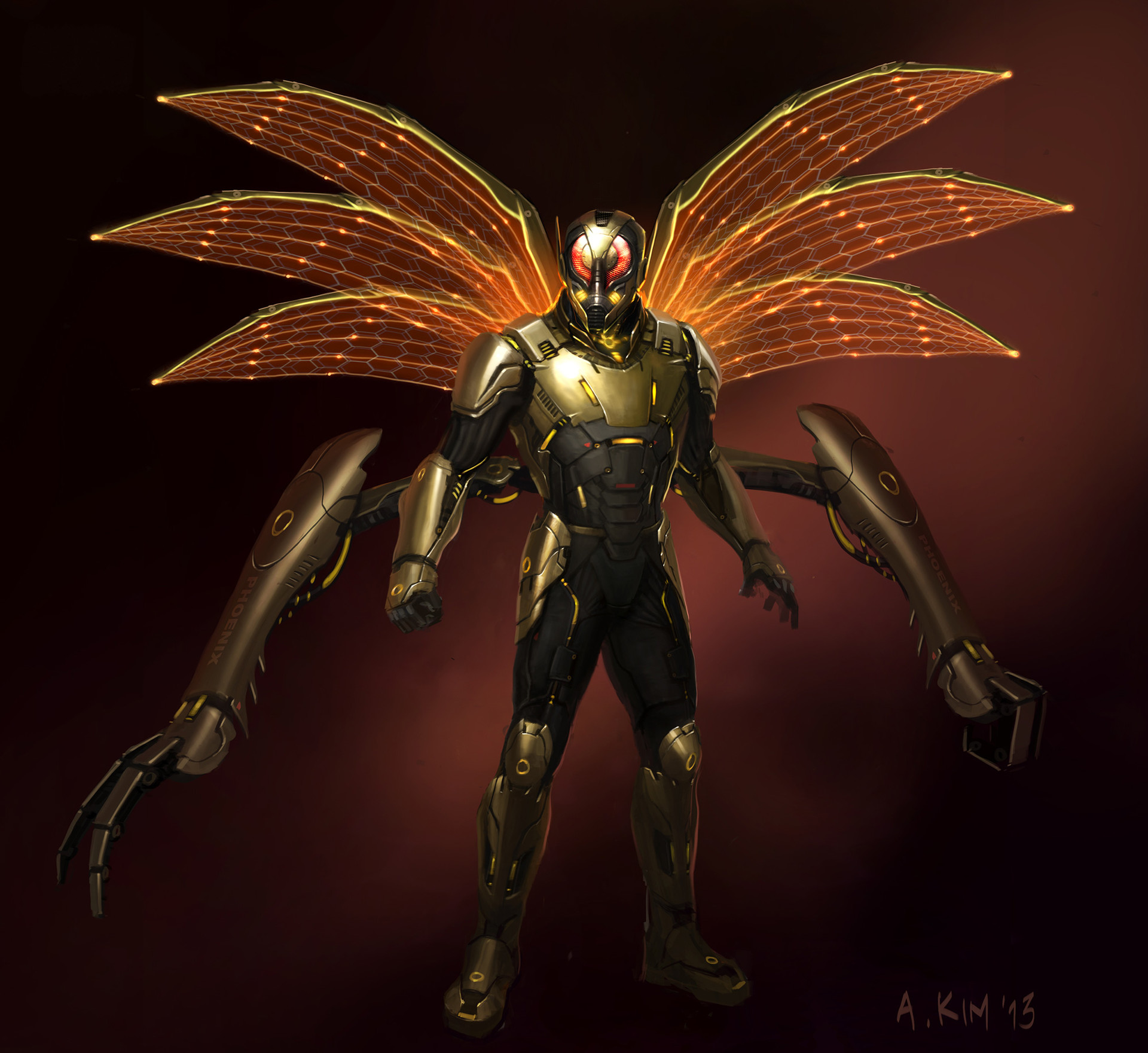 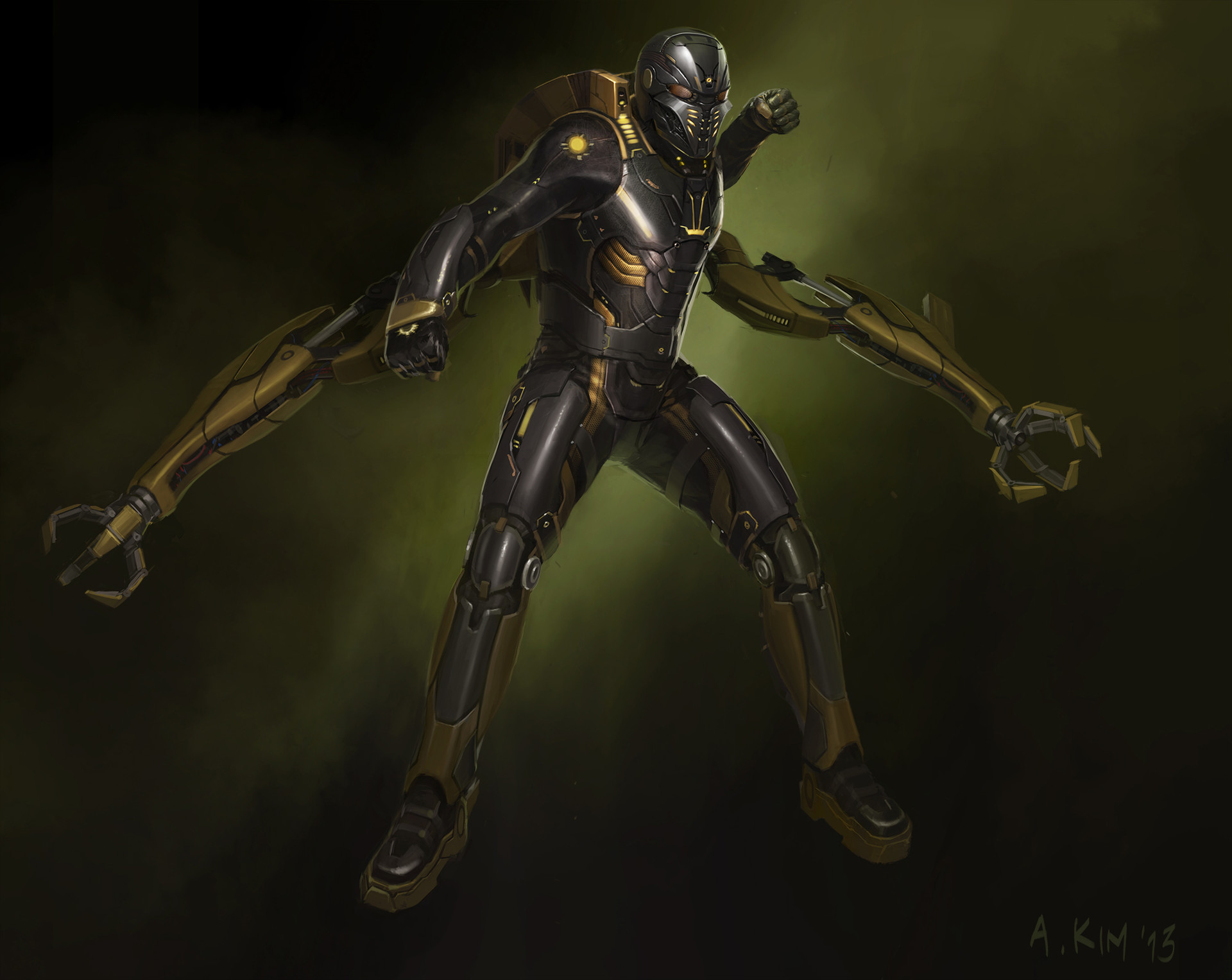