Marvel Studios' conceptual artist Josh Herman previously worked on 2014's Guardians of the Galaxy, helping to develop the look seven-foot talking humanoid tree creature, so naturally, he was tasked with coming up designs for the adorable, pint-sized version of Groot featured in the sequel.

Helping to make him appear as the child that he is, Herman illustrated the little fella holding a baby bottle and crying, draggin a raccoon stuffed animal, and pulling string out of a cassette tape.

"Baby Groot was super fun to work on!" Herman exclaimed. "When we were told that he was going to be a toddler, I wanted to try doing some concepts with props in them to help in him looking more like child. It was a really fun project and very happy to show these."

If you'd like to see more of Herman's concept art, click on the following links to view his Avengers: Age of Ultron designs for Tony Stark's Iron Legion and Hulkbuster armor, as well as character designs for the wiser, older Groot seen in the first film.

We almost didn't get Baby Groot in the Guardians of the Galaxy Vol. 2. "I originally intended for Baby Groot to get bigger and be an adult Groot, but it just didn't work," director James Gunn told Total Film. "So having Baby Groot stay Baby Groot -- who's also an incredibly popular character from his three seconds on screen at the end of the first movies -- it allowed me to create a character who had his own private world within the Guardians' worlds." 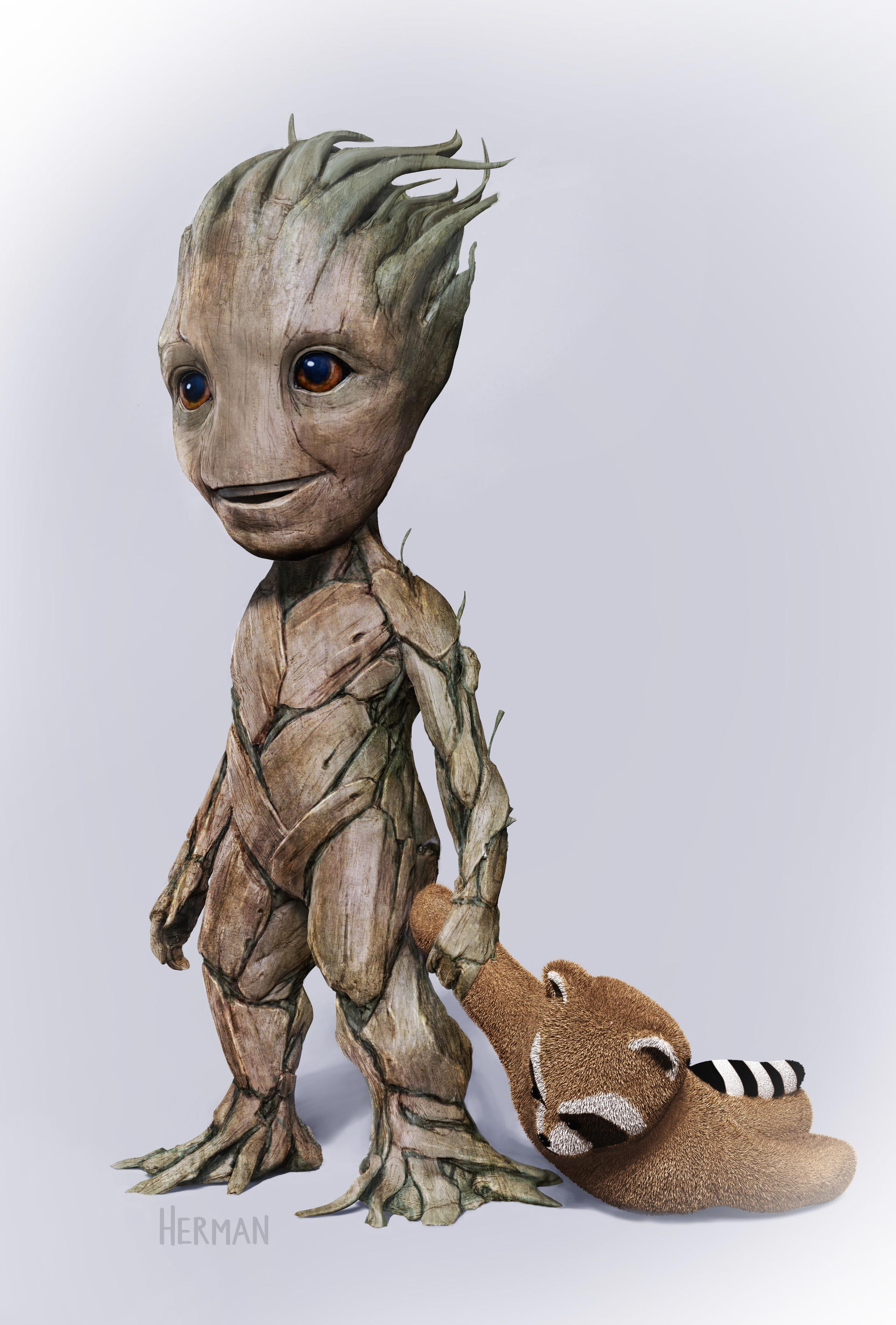 Having Groot be a baby made the group's dynamic much more interesting. "It allowed for a more interesting relationship withing the group," Gunn shared with TF. "Drax is just perturbed by him. Quill ignores him. Gamora's actually pretty motherly towards him. She's the only one that's motherly towards him. Rocket is protective but constantly irritated and is a terrible father." 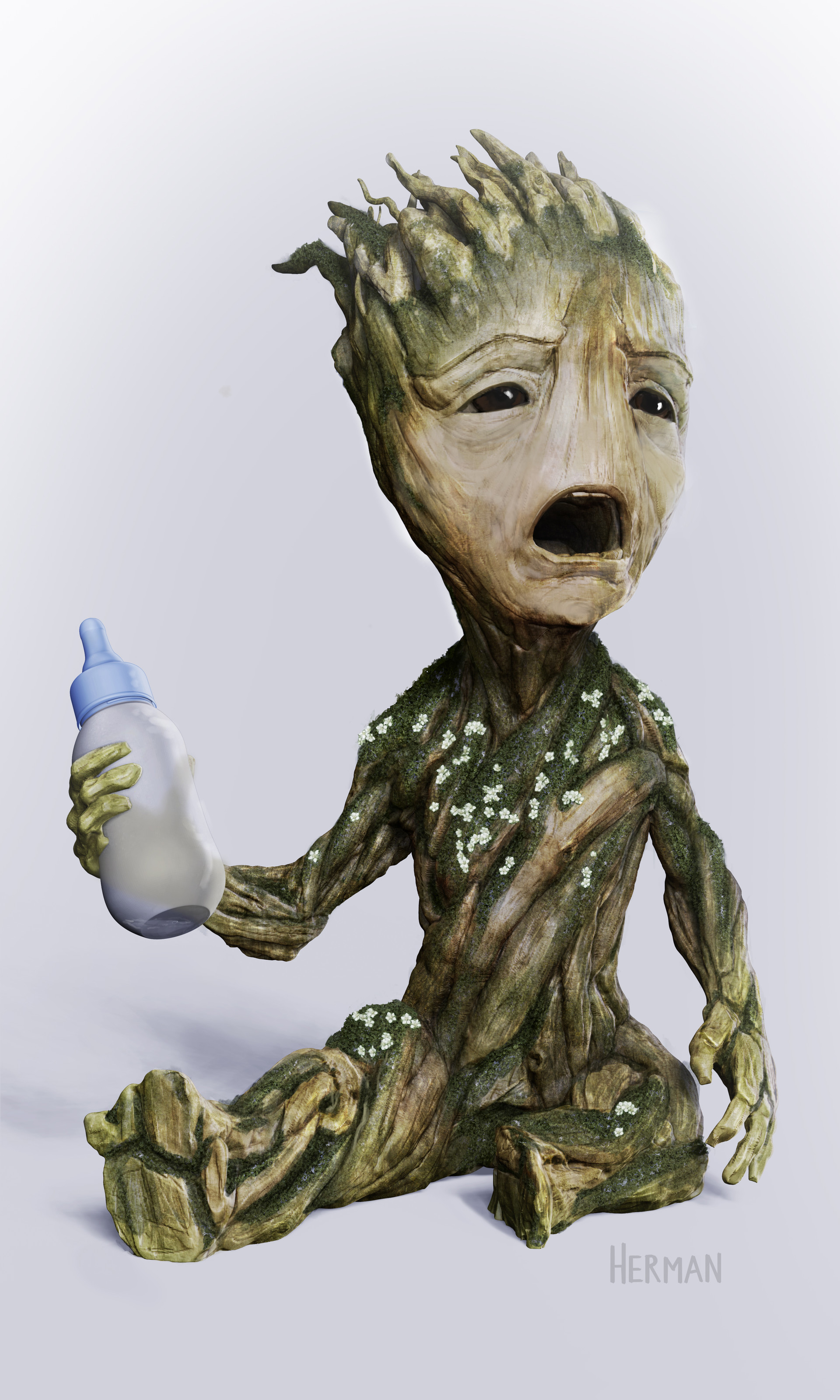 Recognizing early on that he would steal every scene, the cast tried to persuade the director/screenwriter to get them more screen-time with Baby Groot. "Baby Groot is like having your vitamins every days," Michael Rooker explained to TF. "He is by far the scene-stealer of the movie. Every on Guardians was trying to convince James Gunn, 'Hey! Hey! Dude! Put me in a with Baby Groot.'" 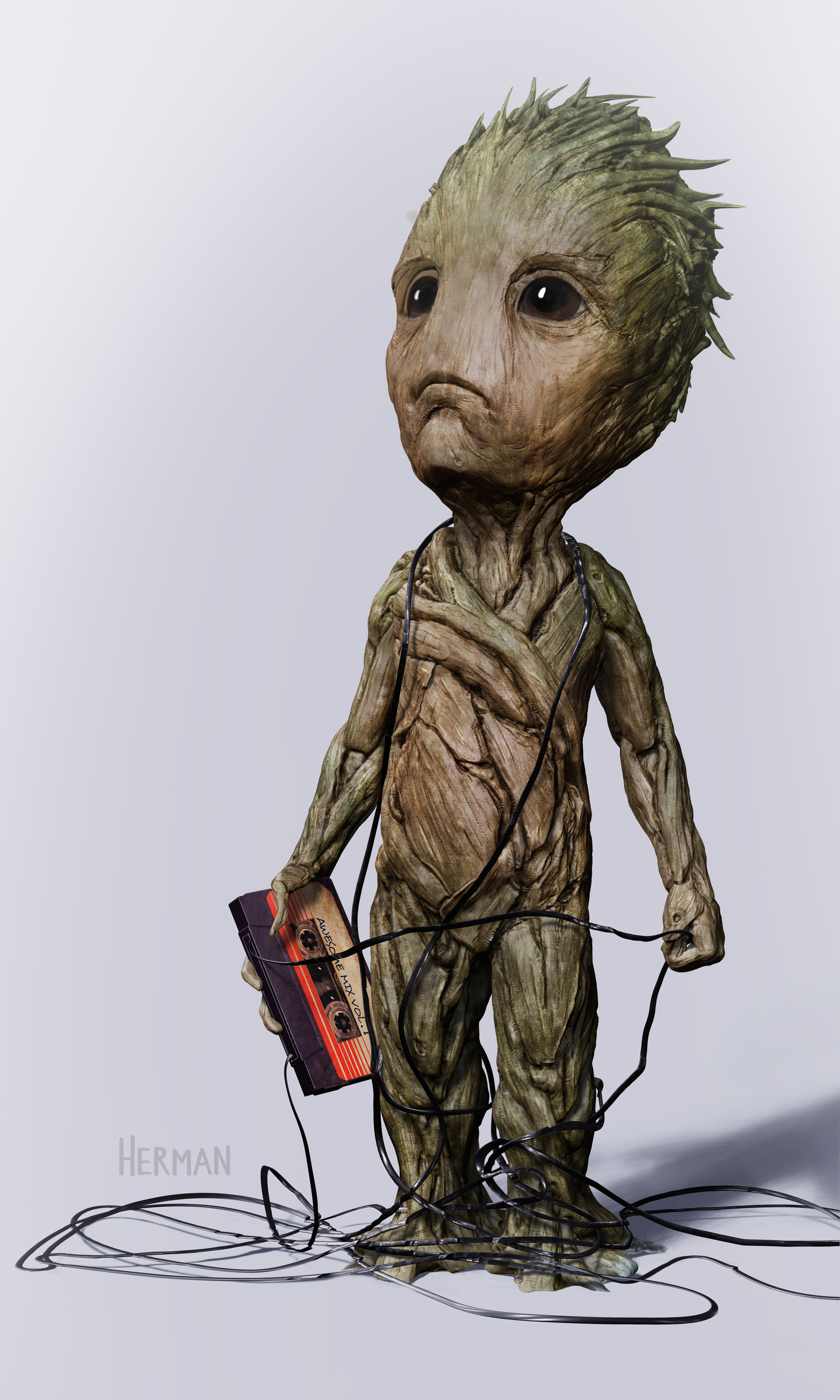 Adorable Baby Groot Concept Art For Guardians Of The Galaxy 2