The ranking order of superhero movies is something that gets discussed all the time. With the new wave of superhero television series that have come along in the last half-decade, debate on which shows are hits (and which ones miss the mark) has become almost as frequent.

Rather than share our own breakdowns and opinions, however, we'd rather look at what you, the fans, have voted as the best and worst of the bunch. As such, the following list of Every Superhero TV Show Ranked Worst to Best is based on YOUR show rankings in our Comicbook.com TV show database.

If you're unhappy that favorite show isn't ranked higher (or mad that one you hate isn't ranked lower) then get out and vote. Your ranking could turn the tide and re-order the list!

Rules: 1. The show must be on the air currently (sorry Agent Carter...). 2. It's main focus has to be the superhero(es).

DC's time traveling superhero team has an impressive roster and a loyal following, but the ratings are low and the brand isn't as strong as with the solo DC superhero shows.

Still, for some of us, it’s a fun superhero adventure show with a great ensemble cast. Time will tell if more people feel the same way. 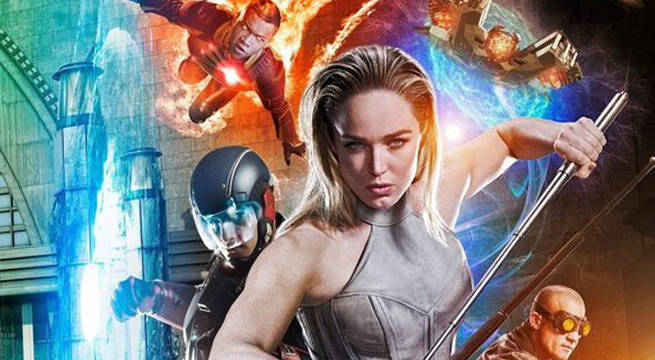 Legends of TomorrowSunday at on The CW

The story of Satan coming to modern day LA to work as an LAPD consultant is twistedly ironic in its humor - something that Lucifer showrunner Tom Kapinos understands.

Show star Tom Ellis made the role his own, and if anything, the success of the show on Fox proves that NBC could've done something with Lucifer's DC Vertigo club mate, Constantine.

This was Marvel's first big gamble with the Marvel Cinematic Universe: lending out its brand success to an untested TV show, with a largely untested cast. It could've all gone badly - and almost did - but with some smart flexibility and consideration, AoS has made a serious comeback.

From better tie-ins with the movie universe (Winter Soldier's HYDRA reveal), to the introduction of Marvel's Inhumans, to the debut of a new MCU ghost rider, Agents of SHIELD has become a mainstay player in the MCU. Hard work does pay off.

Marvel's Agents of S.H.I.E.L.D.Tuesday at 9PM on ABC

This comic book adaptation is still growing its fanbase as it returns for season 3 in 2017 - but the following it already has is fiercely loyal.

And why not? The show (about a zombified mortician who uses brain-eating psychic visions to solve crimes) is funny, quirky, and geek-chic cool in every way. The cast is also pretty stellar, giving The CW yet another comic book TV success in its lineup.

iZombieTuesday at 9 PM on The CW

This "Elsewords" style Batman origin re-imagining was the show that so many DC Comics die-hards thought would wither on the vine, but instead it's become a pop-culture hit.

MORE: Why Gotham Has Been So Successful

GothamMonday at 8PM on FOX

Supergirl never really found its foothold with fans, being the only DC superhero show not in The CW collection.

Despite some soapy drama getting in the way, the show had good core elements, like the charming Melissa Benoist in the lead. With Supergirl now on The CW where it belongs, the show is already much improved, and we expect its rating will only be going up.

Arrow was the show that marked a new era of superheroes on the small screen, and also helped make the idea of superhero TV shared universes a reality.

Thanks to Arrow, DC Comics fans now have an entire DC TV Universe that stands on its own - independent of the more divisive DCEU movies. Arrow may have had the same growing pains as so many other TV shows, but right now it's back to form with a much-improved season 5 and a fantastic milestone 100th episode.

ArrowWednesday at 8 PM ET on CW

Jessica Jones was the dark horse that came out of Marvel Comics obscurity and became more than just a successful female superhero series - it became one of the most fan-acclaimed comic book TV shows around.

Krysten Ritter owned the Jessica Jones roles as her own and delivered a complex, funny, and powerful (literally and figuratively) superheroine story. The supporting cast was equally strong, and David Tennant turned his Doctor Who image on its head as the sadistic Kilgrave - one of the best villains in the entire MCU.

Jessica JonesSunday at on Netflix

It doesn't really matter where The Walking Dead ranks - not when it's the king of TV, and the biggest pop-culture fixation of the moment.

It's odd to think that a zombie apocalypse survivalist series would be so alluring to so many viewers, but the characters and stories help to ground it all, while the high concept premise allows for some big set pieces and groundbreaking horror moments.

The reason why Walking Dead isn't ranked higher is no secret: Despite its record-breaking ratings, the show has always maintained a love/hate relationship with even its most ardent fans.

The first African-American superhero to headline his own show or movie turned out to be a big star. Luke Cage (allegedly) shut down Netflix when it first premiered, and its hip-hop influences and soundtrack made it a unique counter-cultural fixation.

The cast of mostly black actors managed to deliver a great series and establish some quality new characters in the MCU. Getting coffee will never be the same. Sweet Christmas.

Luke CageSunday at on Netflix

The Flash had a much bigger challenge than its predecessor Arrow, in that it was trying to bring the saga of a much more fantastical superhero and lore to the small screen. But rather than trying to scale-down or "ground" The Flash mythos in more "realistic" trappings, the showrunners instead leaned into the fantastical premise, exploring superpowers, time paradox, and even a psychic gorilla in season 1.

By season 3 (currently airing on The CW) we've seen so many DC Comics staples (time travelers, aliens, the multiverse) in the show, and The Flash has yet and still remained as popular as, ever. With a great cast and fun, fantastical contrast to Arrow or Marvel Netflix, The Flash has found its own lane to run in, and has often outpaced the competition.

CW's The FlashWednesday at 8PM on CW

No surprise that this is the top pick on fans' lists: Daredevil came along and changed the game for superhero TV in much the same way The Dark Knight did for superhero movies.

The show proved that there was a market for superheroes to play with darker and more adult fare, and it gave rise to an entire Marvel Netflix saga that some fans enjoy even more than the MCU films.

While Daredevil season 2 had its problems, season 1 was so well done that the biggest criticism was when the hero finally suited up! The character exploration, action and well-framed episodes made Daredevil so much more than a "comic book TV show," and it deserves such acclaimed distinction.