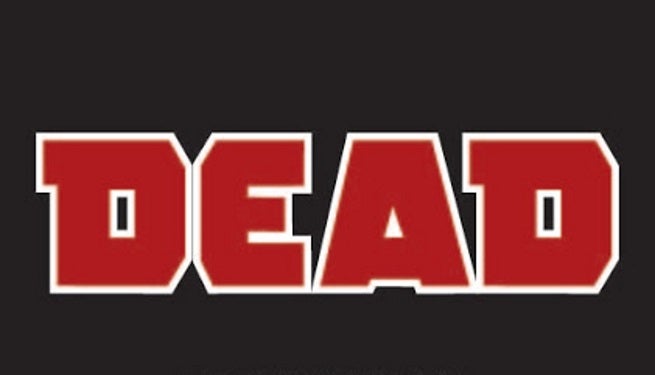 Is Marvel's Merc with a Mouth slated to meet his end in 2015? Marvel's SVP of Sales & Marketing, David Gabriel, hinted at as much in an exclusive interview with ComicBook.com

During the course of the interview, Gabriel was asked about the big Death of Wolverine event miniseries, the final two issues of which were delayed into October. While answering, Gabriel hinted that Marvel is planning another major death for early in 2015:

For most Marvel fans, the mention of a character with "Dead" in his name probably brings Deadpool to mind immediately. Does this mean that Deadpool will die in March 2015?

Gabriel also mentioned that the death would occur in issue #250. The current ongoing Deadpool series isn't anywhere near that number of issue, but Marvel is known for reverting to numbering that includes all volumes of a series in order to mark big milestone numbers. X-Men Legacy #300 is one of the most recent examples of this.

The only other Marvel character with "dead" in their name that we could come up with was Dead Girl of the X-Statix, but she's not particularly relevant right now, and Gabriel refers to the character with male pronouns.

It also makes sense from a publishing perspective. Killing Deadpool in March 2015 gives Marvel about a year to keep him dead – which seems to be about the average for Marvel characters – before possibly bringing him back in early 2016, in time for the recently announced Deadpool movie that will be hitting theaters that February.

There's still no official announcement, but it all seems to add up to a dead Deadpool in March.

Be sure to check our full interview with Marvel's SVP of Sales & Marketing, David Gabriel for more.

Death Of Deadpool? Marvel To Kill Off Someone With Dead In Their Name In March 2015