Guardians of the Galaxy vol. 2 director James Gunn doesn't ever seem to be able to get a word in edgewise anymore without the Internet taking it and running with it - often to exaggerated (if not inaccurate) degrees.

The latest example came from a Facebook Q&A and release of a new Marvel toy line, which prompted fans to speculate that pivotal Marvel character Adam Warlock is in GotGv2 - as well as '90s Marvel creation, Darkhawk. Gunn tried to come out and clarify that all these threads some fans were trying to tie together didn't constitute proof that Warlock and/or Darkhawk are in Guardians of Galaxy vol. 2. However, Gunn is now having to once again clarify things, as the pendulum of fan speculation has apparently swung too far in the wrong direction, with people now claiming that Gunn confirmed that Warlock and Darkhawk are absolutely not in the film.

Gunn tends to have an eagle eye when it comes to what is said and printed online regarding his statements - so it's no surprise that he was able to spot a headline from Mundo Vengador, which stated that he had officially denied the presence of Adam Warlock and/or Darkhawk in Guardians of the Galaxy vol. 2. According to Gunn, a "denial" wasn't exactly what he offered in his previous statement:

I didn’t confirm anything other than some of the Marvel Legends figures - such as those ones - are not Vol 2 figures. https://t.co/Nku7WofukY

For those who might be confused: Hasbro releases all Marvel action figures in two main lines: a direct tie-in line for each movie in the Marvel Cinematic Universe, as well as a Marvel "Legends" line that draws a lot heavier on the traditions and looks of the comics. Issues often arise when fans begin to confuse the Legends line for official extensions of the Marvel Cinematic Universe, thereby drawing specious conclusions about story developments, character appearances, costume looks, etc.

Clearly something like that may have happened here; however, Gunn's latest statement can also be taken one of three ways:

The latest Guardians of the Galaxy vol. 2 trailer shows off more of the film's villain, Ayesha, who happens to have deep connections to Adam Warlock - so Gunn leaving that door if not open then slightly ajar, makes sense, as Warlock could have a definite future in the MCU's adaptation of the Infinity Saga. 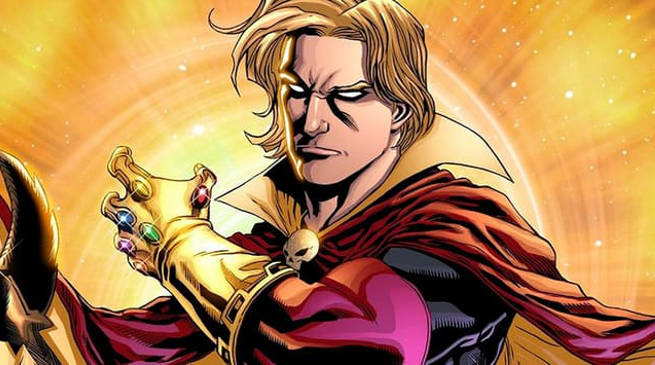 We still have some time to go until release date, but according to our anticipation ratings database, fans are eager to see whatever Guardians of the Galaxy vol. 2 throws at them.