In its second weekend, Guardians of the Galaxy Vol. 2 outperformed the first film by 39%!

After scooping up $146.5M in its opening weekend, Vol. 2 pocketed an additional $61.9M this past weekend. Its domestic total now stands at a very impressive $246.1M. Marvel's newest blockbuster is also cleaning up overseas, adding $52.2M this weekend and pushing its foreign total to $384.4M.

Now, let's get to some art! After completing his work on the film a couple years ago, conceptual artist Jonathan Bach (The Amazing Spider-Man, Iron Man 2) has been chomping at the bit to release a sample of the beautiful key frame art that he illustrated for Guardians of the Galaxy Vol. 2.

In our slideshow below, you will find Bach's artwork of key sequences in the film. This includes Peter, Gamora, and Drax getting their first look at Ego's lush and majestic planet; Yondu and Rocket being imprisoned on the Eclector, escaping, and getting revenge on the mutinous Ravager crew; and the chaotic moment in which the Guardians take on the Sovereign drone fleet while Rocket tries to instruct Baby Groot on how to use the bomb's detonator.

Peter Quill and the gang on Ego's planet

"I got a chance to do some work on the discovery sequence for Peter Quill and the gang on Ego's planet for Guardians Of the Galaxy Vol. 2," Bach explained. "This included the landing pad, which changed quite drastically--this wasn't my final version, but my favorite--and a handful of landscape features accompanied by gags like patterned waterfalls or the bubble anemones. Ego's planet was a tough design challenge and lots of us on the team took a crack at it. Enjoy!"

Bach added: "The fractal textures that I pulled for the landscape elements here were created by the amazing 3d artist Hal Tenny who also did a huge amount of work generating fractals for the Ego palace." 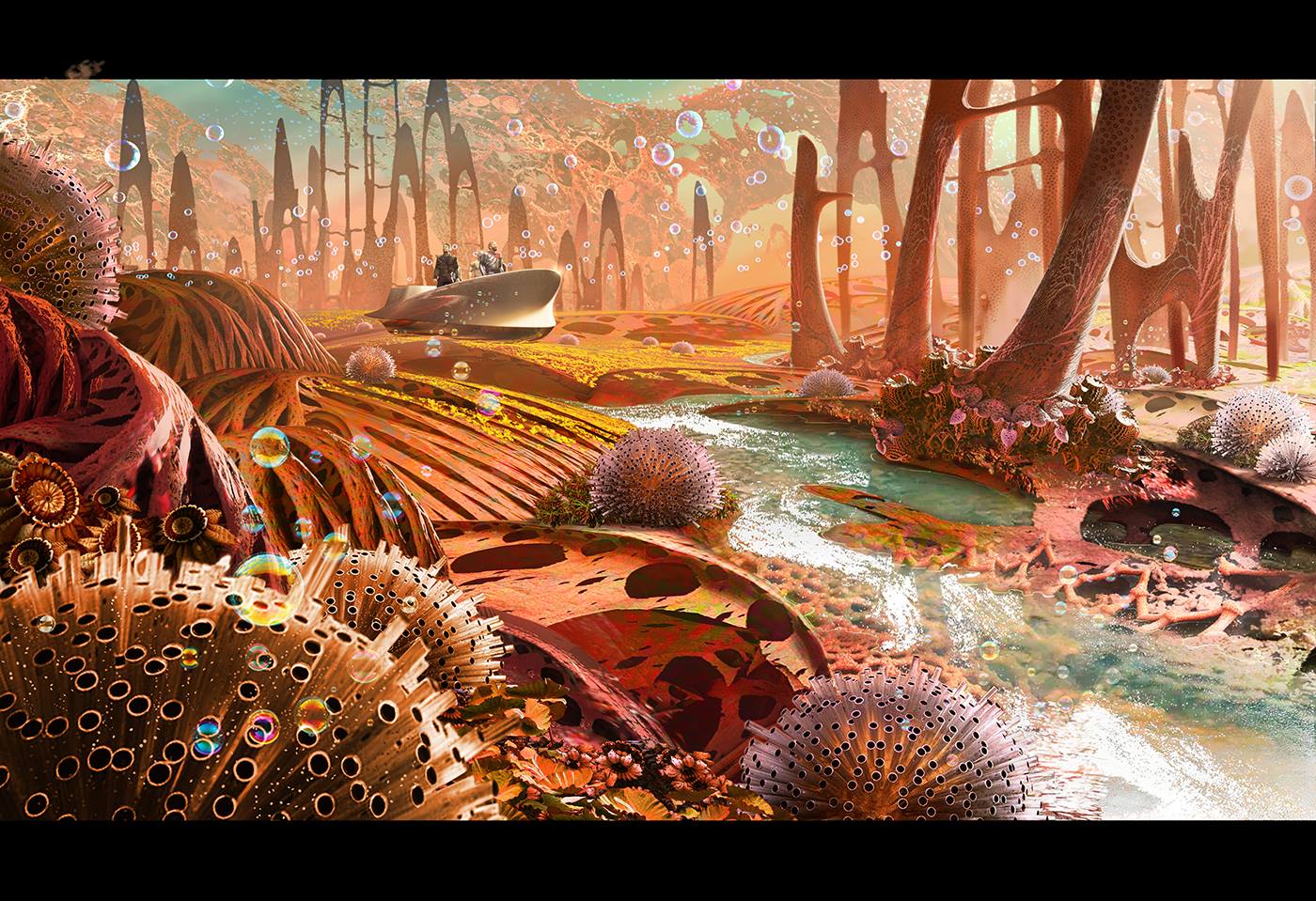 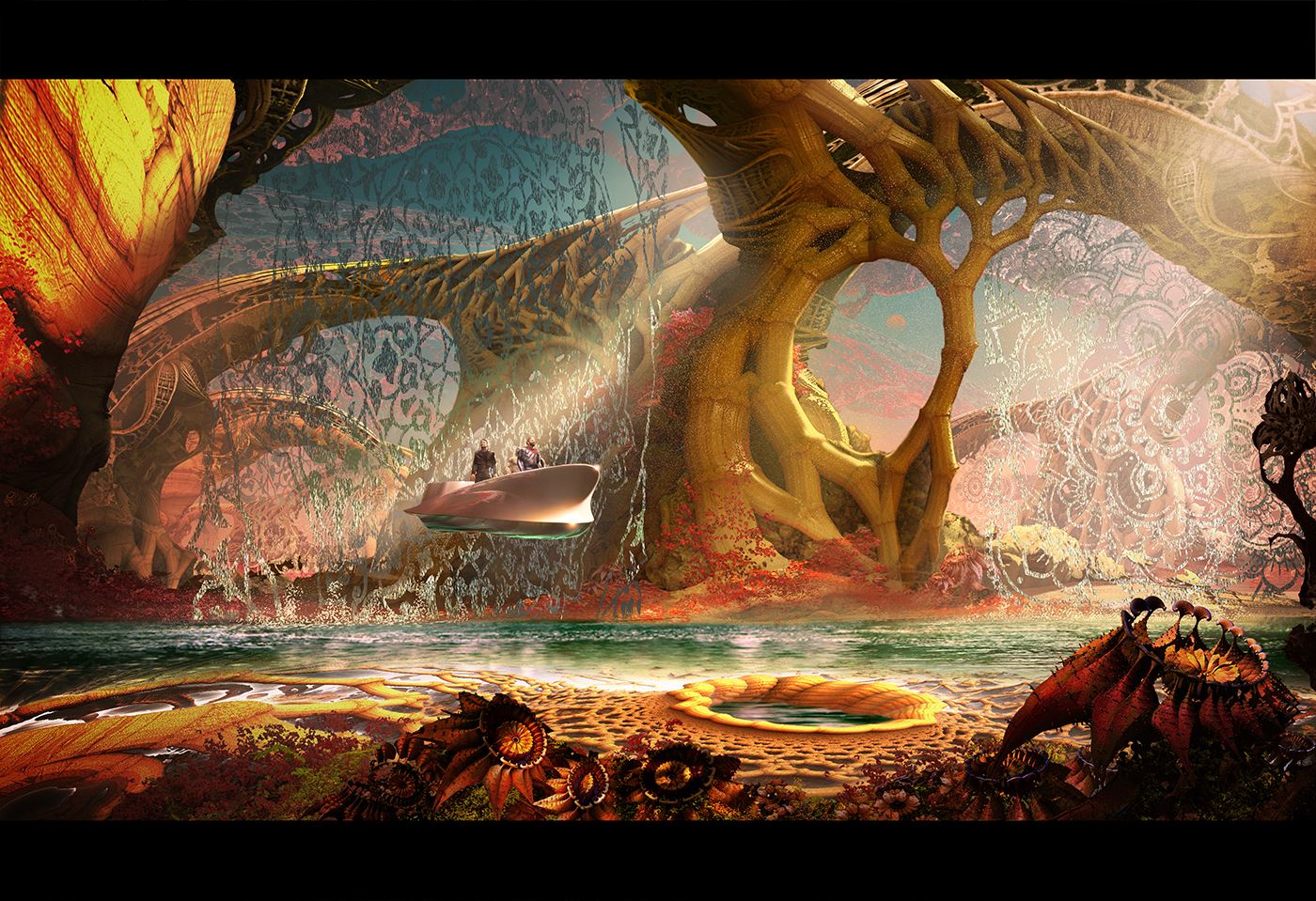 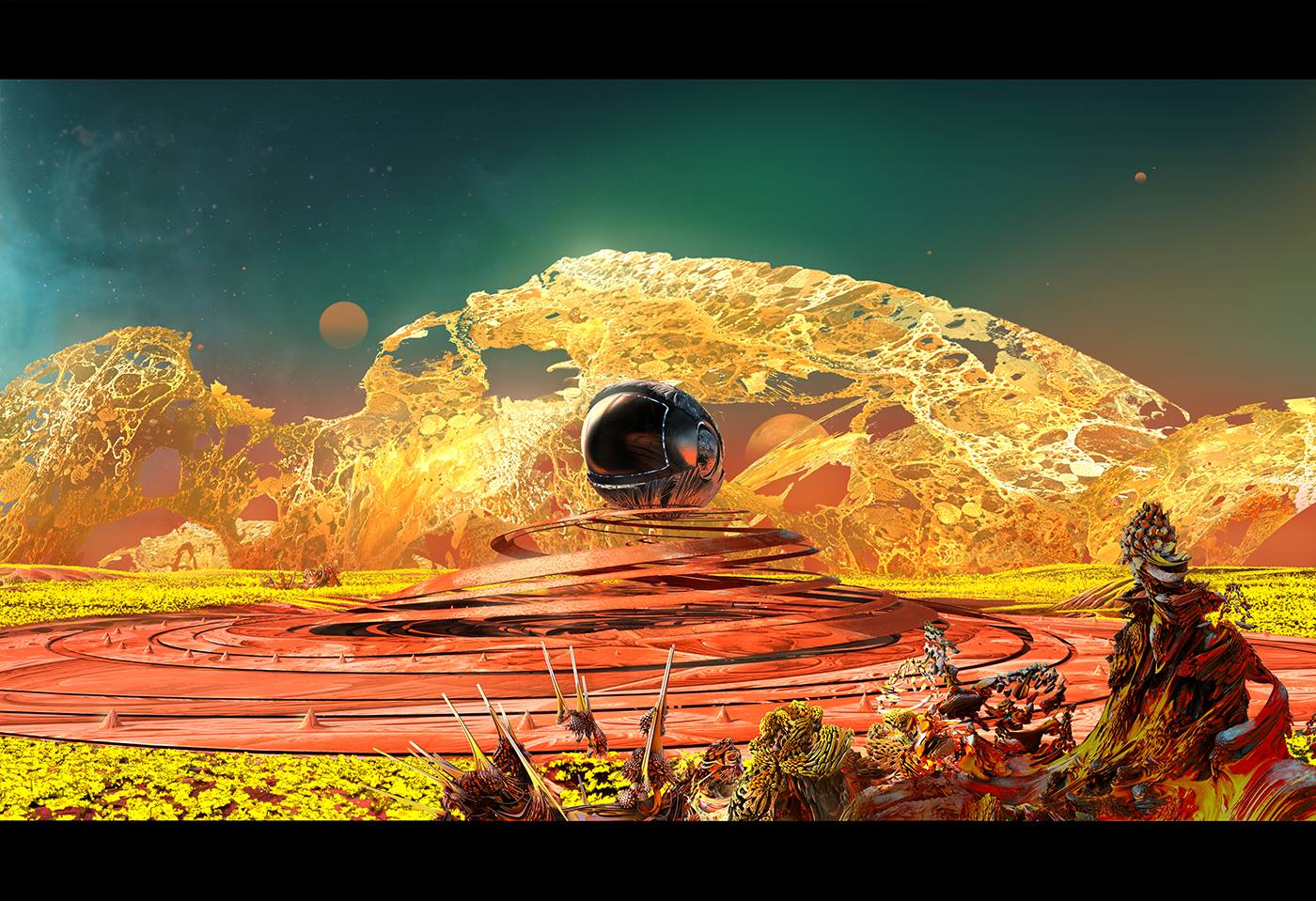 Yondu and Rocket get into trouble on the Eclector

"I wanted to share some of the work I did for it a couple of years ago," Bach wrote. "I'll put up a few more images, but wanted to start with some concept shots from the interior of Yondu's ship--at the time--The Eclector. Fun stuff!" 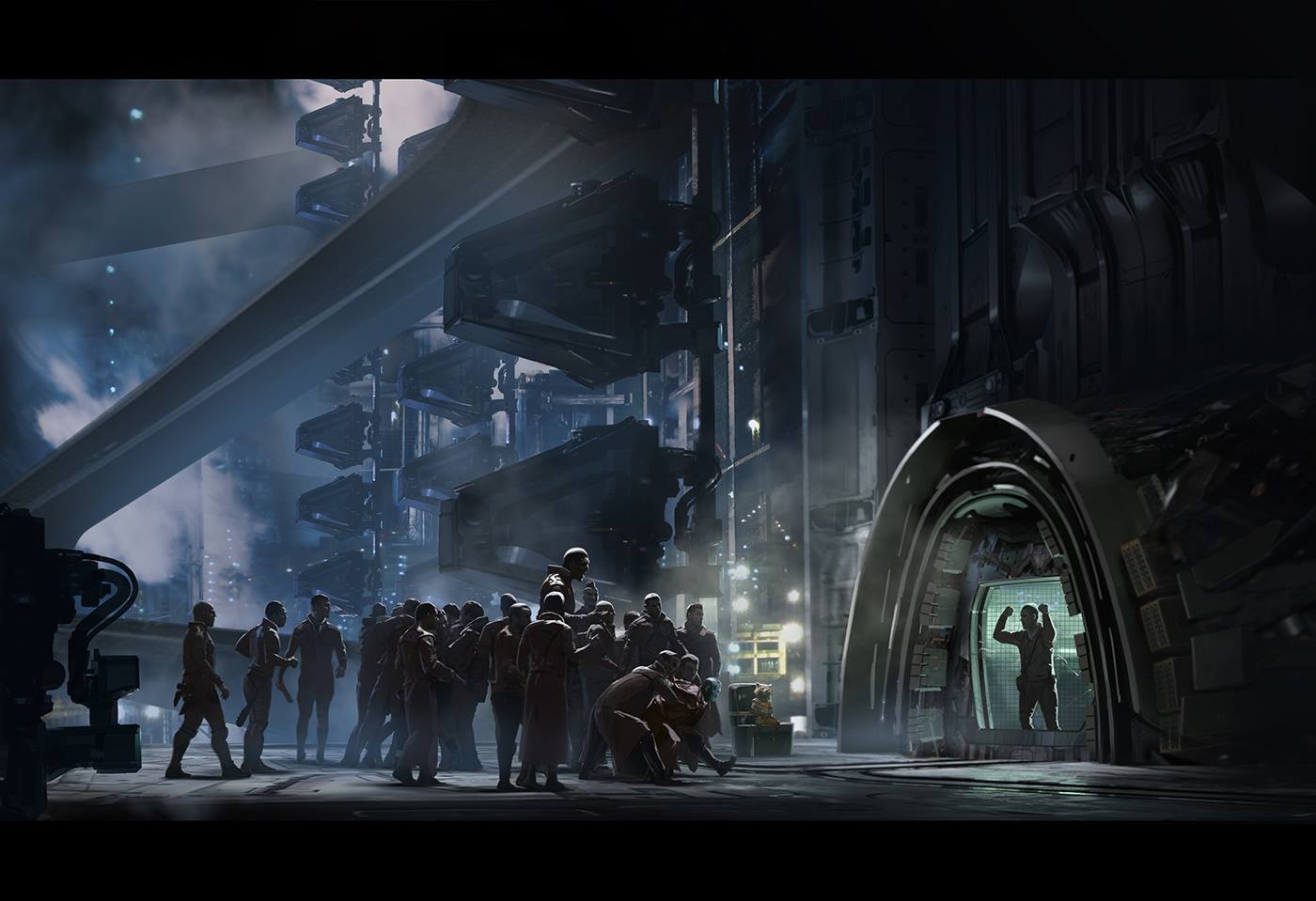 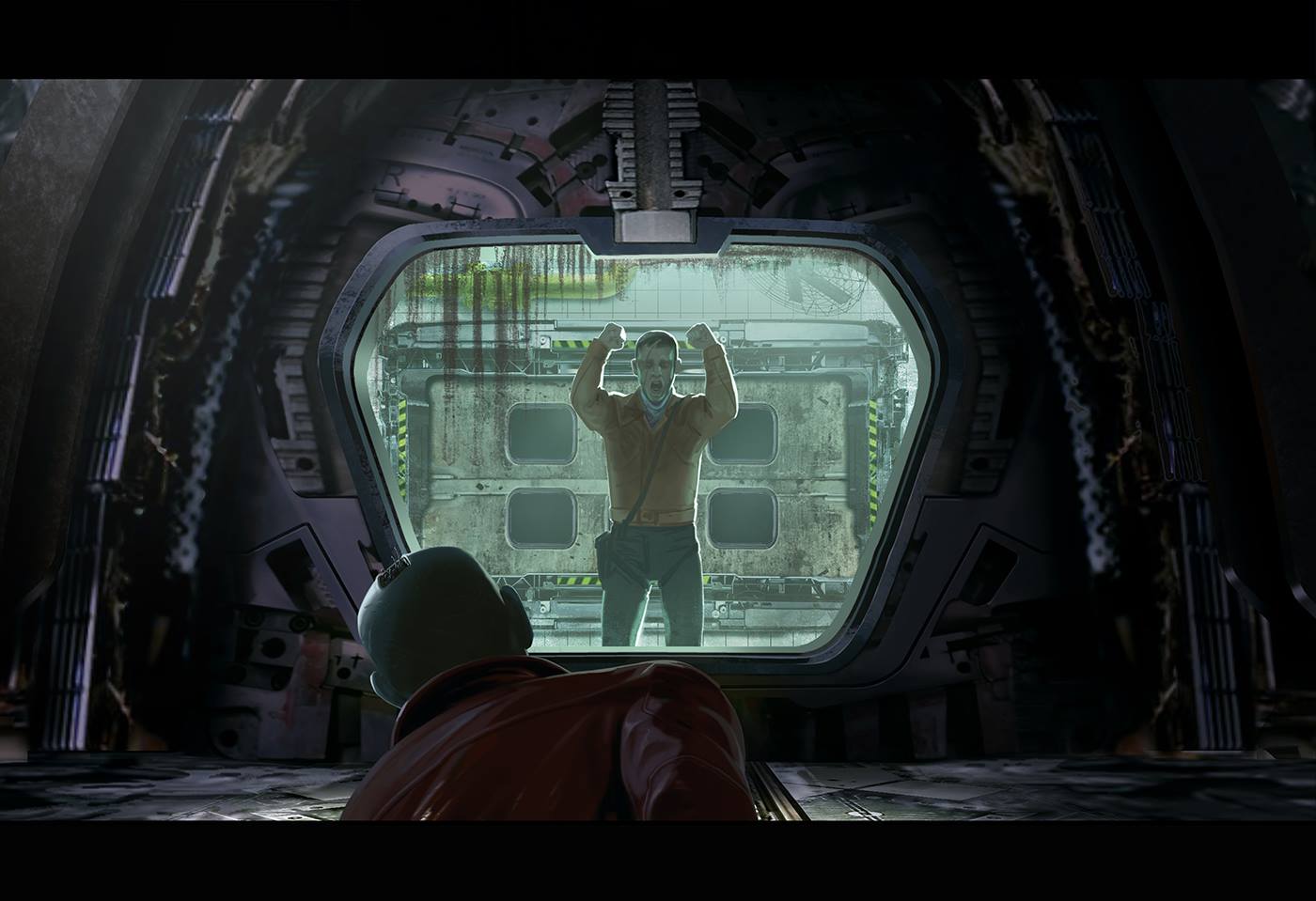 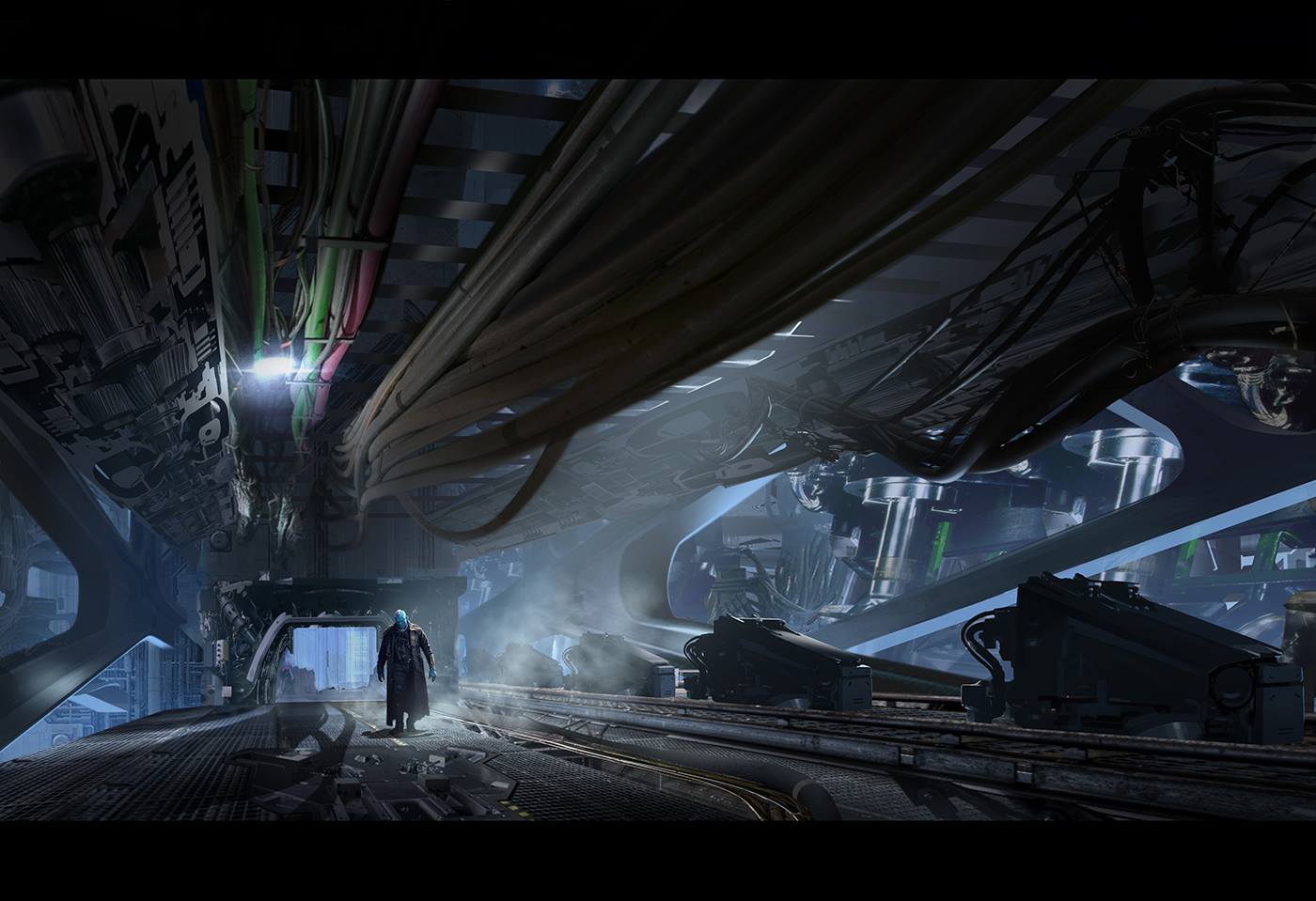 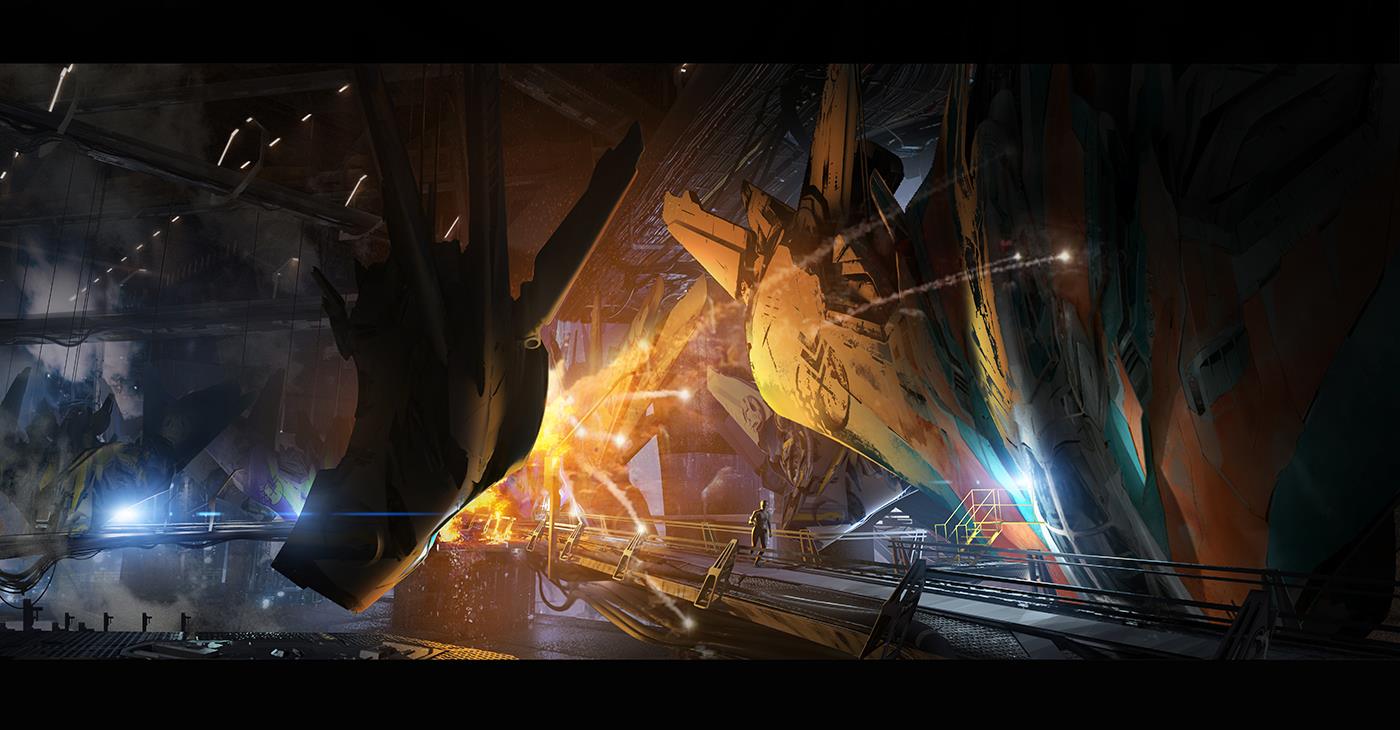 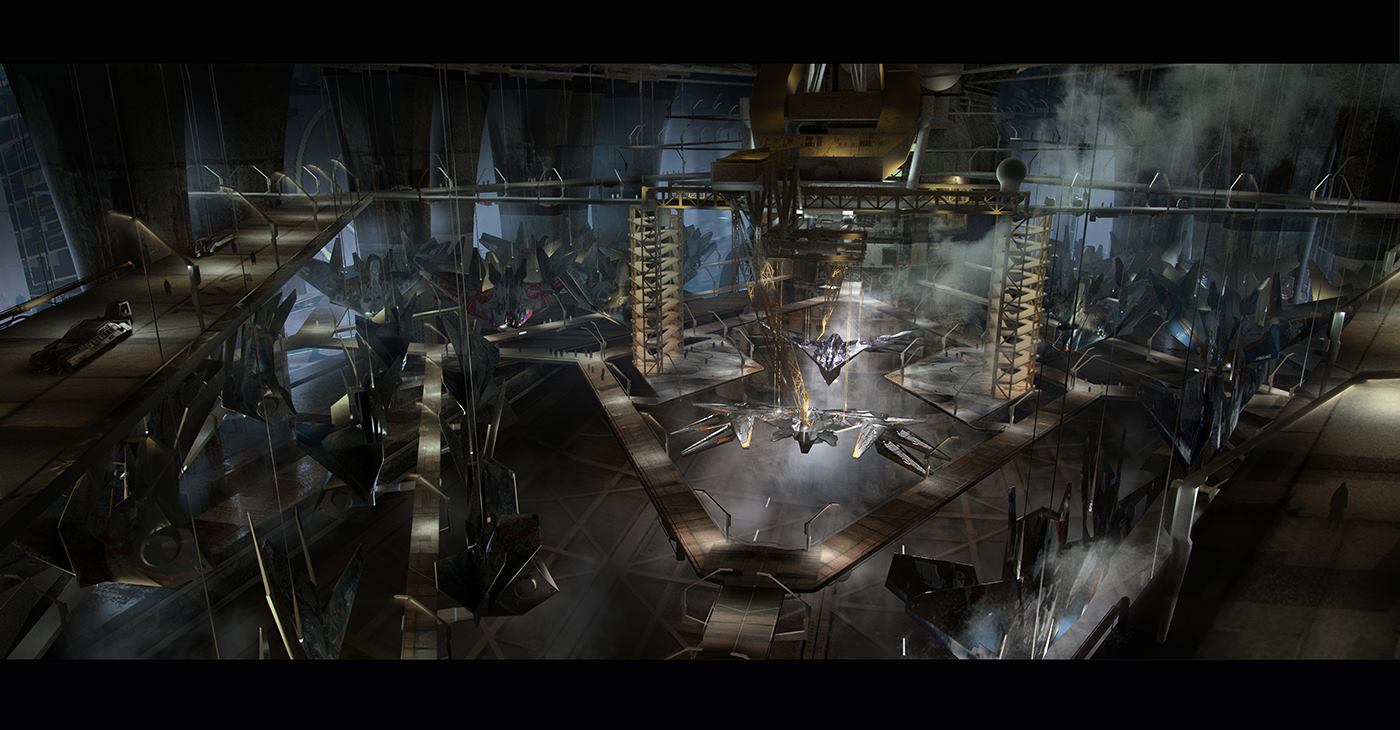 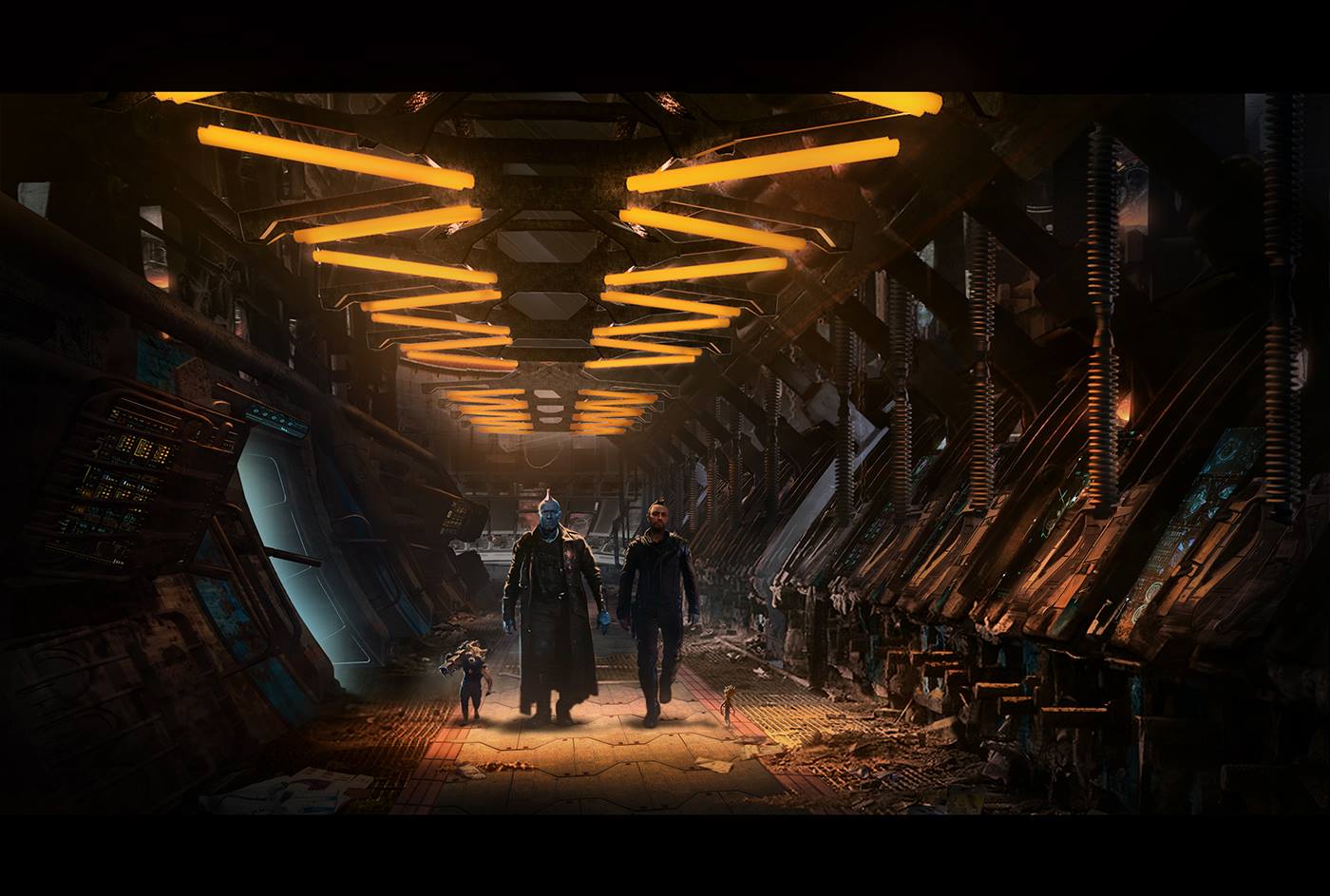 Peter and the gang fights the Sovereign fleet

"Peter and the gang fights the Sovereign fleet while Rocket tries to explain the intricacies of his detonator to Groot in these Guardians Of The Galaxy Vol. 2 key frames," Bach shared. "Fun sketching the clueless baby Groot." 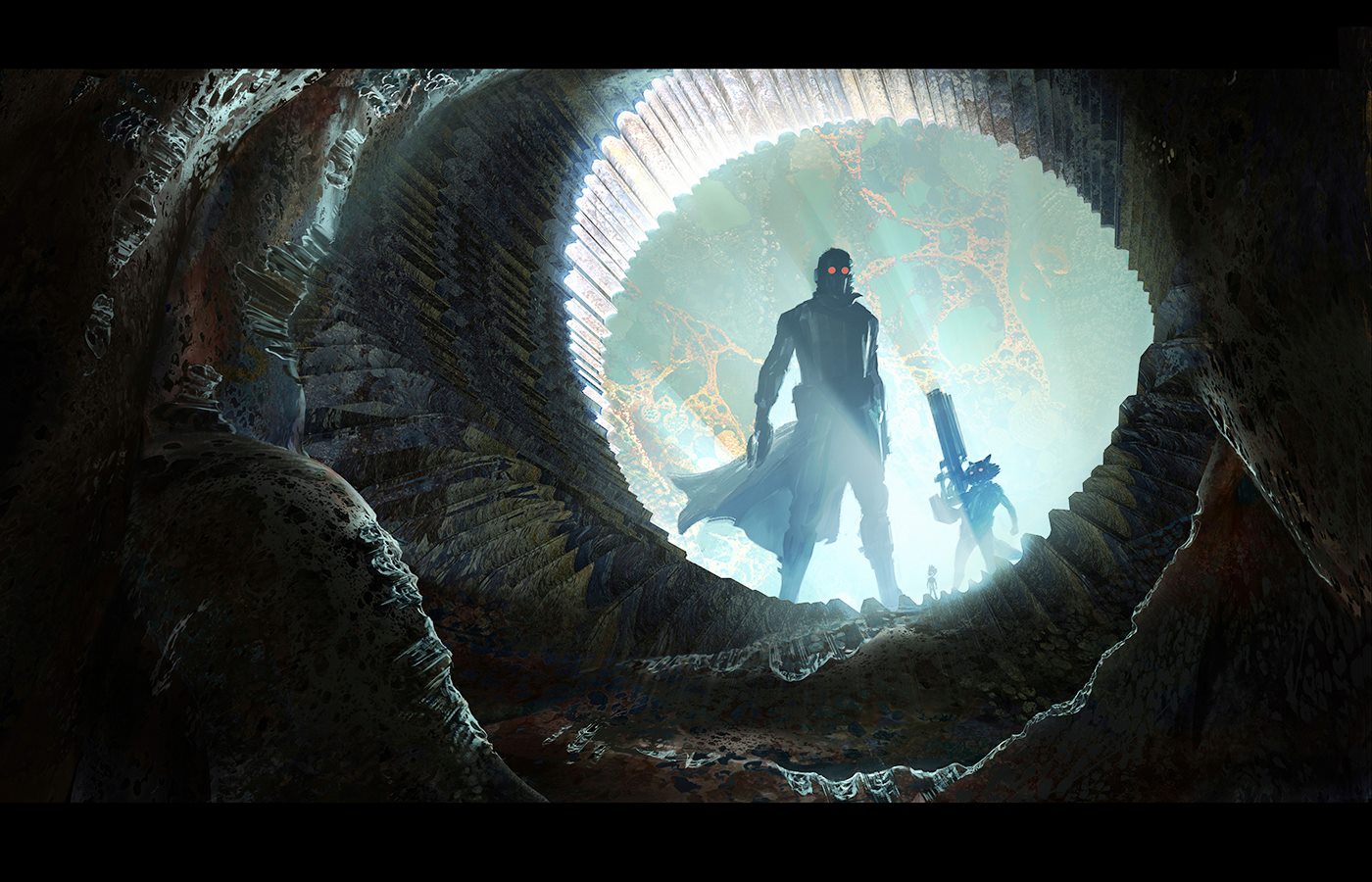 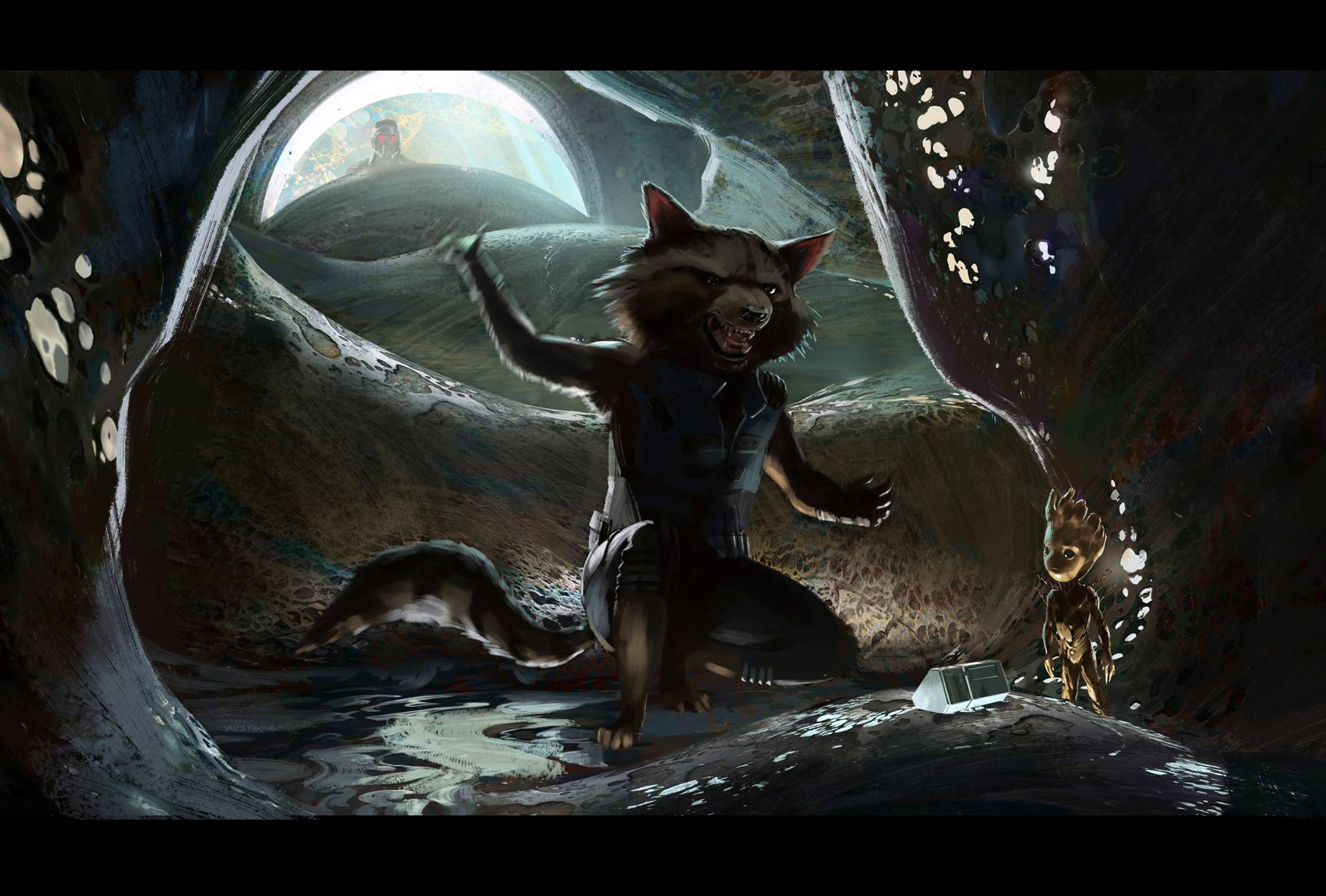