First off: When you look at the Ego concept art, you'll notice that it's labelled 'J'Son' -- which is the name of the Emperor of the Spartoi Empire and father of Peter Quill in the comics. However, it was merely used as an on-set codename, put on all Ego material to throw people off the scent.

"I call him J'Son all the time," director James Gunn explained to us and other members of the press during a set visit. "That's what we do. But I also want to make clear he isn't J'Son. He isn't named J'Son in the movie. That's just flat out the case."

Even so, the royal attire that J'Son has worn in the comics, video games, and Guardians of the Galaxy animated series (example directly below) seemed to influence Ego's costume design seen in our slideshow.

At the end of the day, the costume designer looked to the frontier to find the celestial being's look. "We wanted something where he was kind of a space frontiersmen mixed with a little bit of western because that's Kurt Russell's style," Makovsky shared in the production notes. "I didn' t want to do a typical, superhero where it's molded and hard. So it's actually all leather, like a frontiersman would be, and we laced it all together. It's layers and layers of different leathers on op of each other that are laser-etched and dyed to make an almost medieval/renaissance detail all over it."

"When we first talked about it with Kurt, he looked at some of the sketches and really got it," Makovsky added. "It's kind of like a space conquistador like Don Quixote. We looked at actually how conquistador clothes were made and we went in that direction, but made his pants and boots very modern." 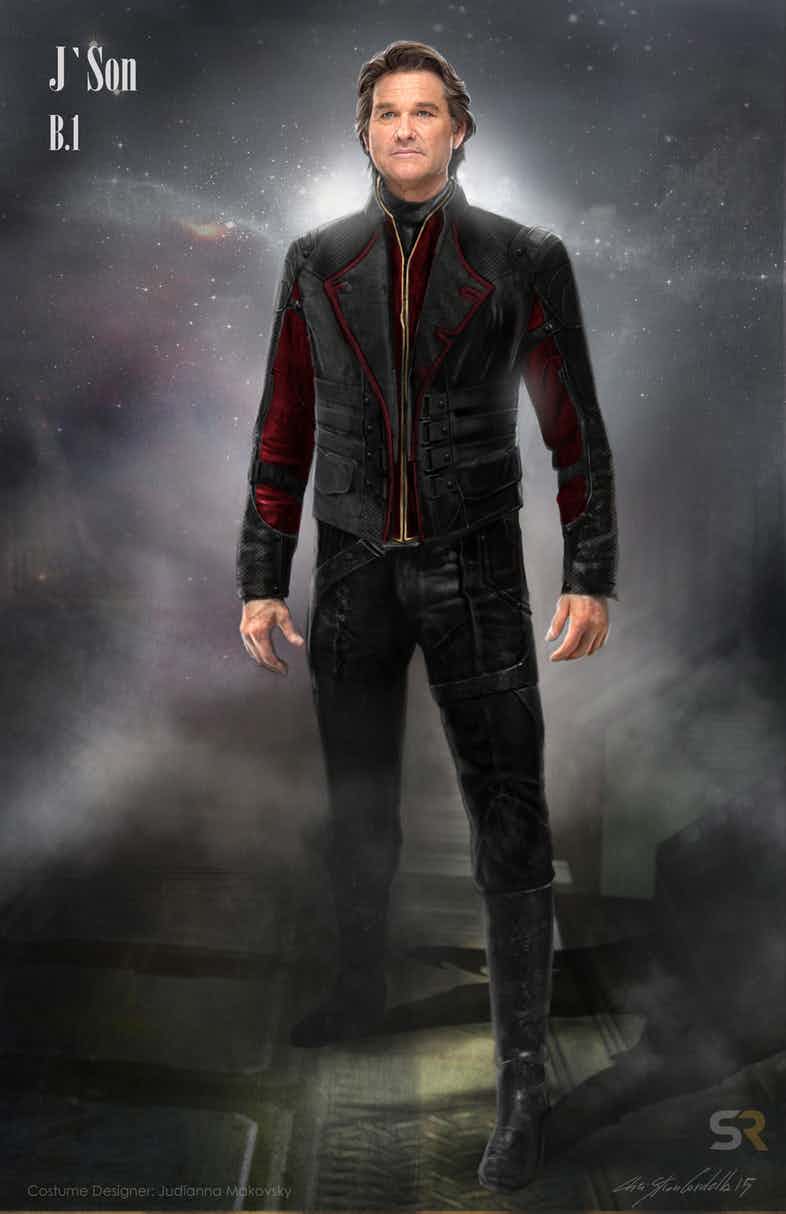 Makovsky told Fashionista, for the Mantis costume, she took inspiration from the comics. "It was just a matter of finding a technique with the leather to make it more interesting than just a flat leather panel of skirt," she explained. "Woven leather in there was fun to do. There's an open-work, woven, double face leather; it's black and green and twists and petals up the arm." 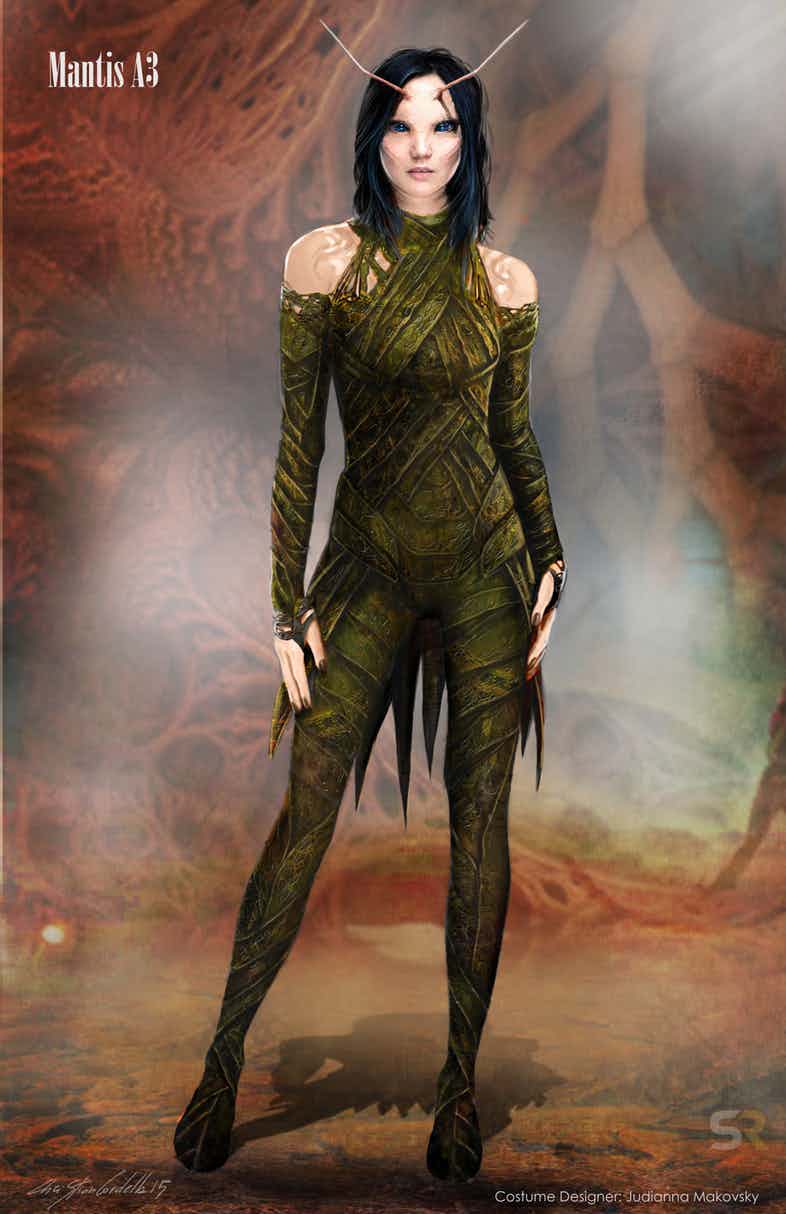 MORE GUARDIANS OF THE GALAXY 2 NEWS:

Guardians Of The Galaxy 2: Alternate Ego And Mantis Costume Designs