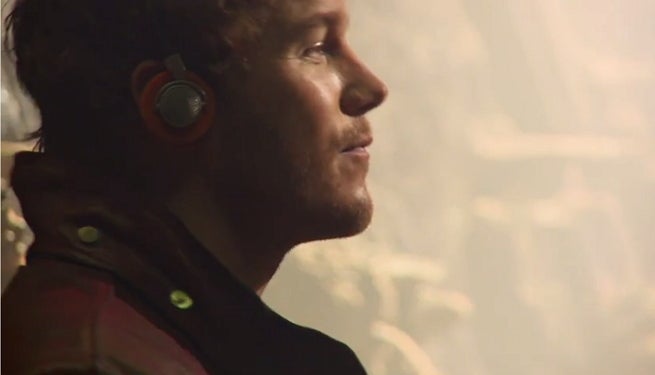 A sneak peek at the Guardians of the Galaxy "The Music" Blu-ray featurette has been released online.

The featurette has Chris Pratt and director James Gunn explaining what an important role the 1970s music plays in the film.

In the far reaches of space, an American pilot named Peter Quill finds himself the object of a manhunt after stealing an orb coveted by the villainous Ronan.