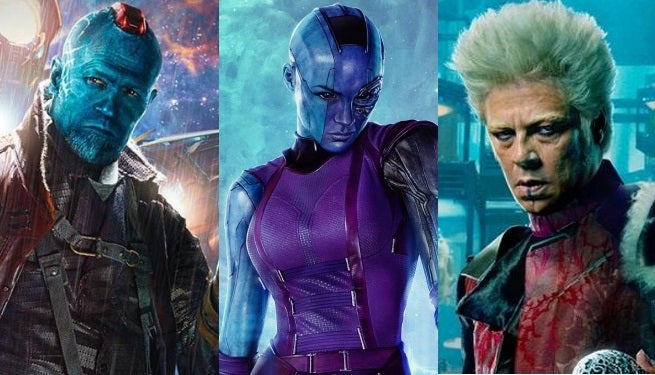 James Gunn spoke to Entertainment Weekly Wednesday morning, following a screening of the Blu-ray special features being included in the release of Guardians of the Galaxy on December 9.

During the interview, Gunn shared which characters from the first film he would like to explore further in future films.

"Yondu and Kraglin, the Ravagers," Gunn said. "And I love Nebula. I think that she is underutilized in the film. I want to see more of her. The Collector."

Notably, these are all secondary characters from the film, rather than the breakout characters that make up the actual Guardians. Yondu, played by Michael Rooker, should be easy enough to write into the sequel, given that he is a father figure to Star-Lord, and the two have a certain amount of unfinished business. As Yondu's right hand man in the Ravagers, Kraglin, played by Sean Gunn, is sure to follow wherever Yondu leads.

Similary, Nebula, played by Karen Gillan, is the adopted sister of Gamora. If the siblings' fight scene in the first Guardians is anything to judge by, it's safe to say they still have some issues to workout.

The Collector, however, is a bit more remote from the main cast of characters, and Gunn isn't' so sure we should expect him to return in Guardians of the Galaxy 2.

"He'll reappear," Gunn explained. "I don't know if he's gonna been the next one. I do think his story is really compelling, and I think he's one of those very interesting shades of gray characters."