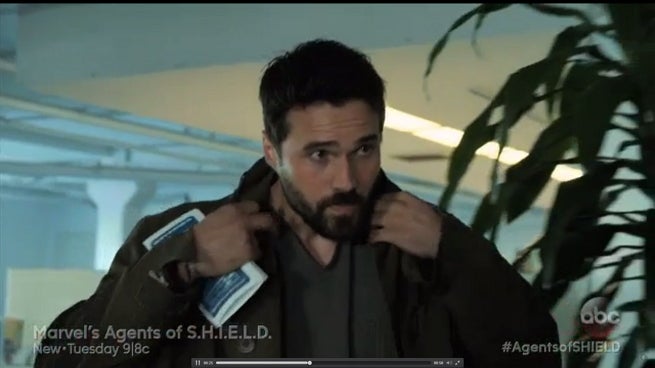 Marvel Studios and ABC have released a sneak preview clip from next week's Agents of S.H.I.E.L.D., titled "The Writing on the Wall" (via TV Line).

The clip shows Grant Ward on the run, though it doesn't show how he got free or where he's heading. Coulson's team is on his trailer, with Agent Triplett eager to take Ward out. However, Ward's Senator brother wants him taken in alive.

In "The Writing on the Wall," the team discovers murder victims with the alien glyphs on them that Coulson's been etching. All of Coulson's secrets and lies come to a head.