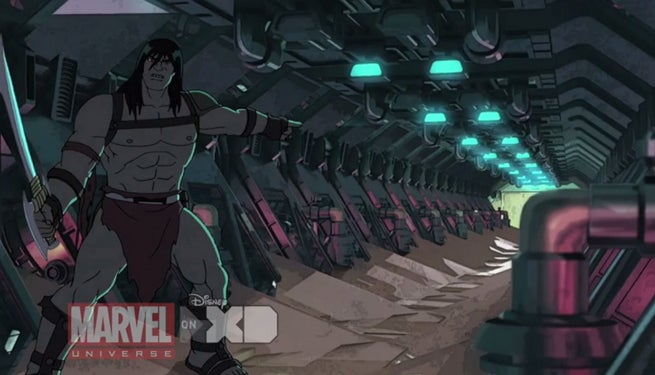 Marvel Entertainment has released a preview clip from this week's new episode of Hulk and the Agents of S.M.A.S.H., "Future Shock."

In "Future Shock," the Hulks return to Earth and discover that the High Evolutionary devolved all humans into primitive beasts. He devolves the Hulks, too, but Skaar is unaffected and steps up to save the team and mankind.