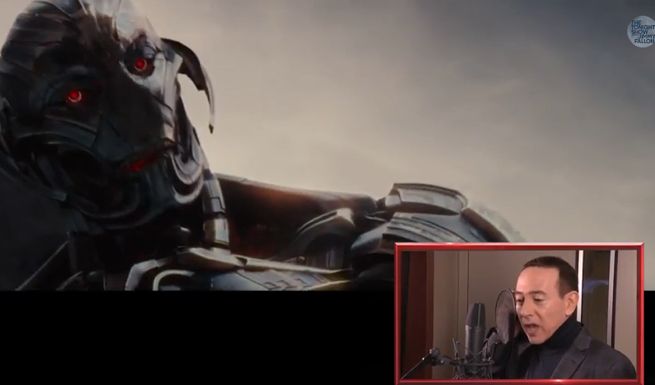 Last night on The Tonight Show With Jimmy Fallon, guest Paul Reubens took over one of Fallon's long-running gags -- and with good reason.

Fallon will sometimes re-dub a movie trailer with a voiceover provided by Reubens' character Pee-wee Herman. So, in support of the new box set of Pee-wee's Playhouse, Reubens came to The Tonight Show...less than a week after Avengers: Age of Ultron became one of the most-talked-about movie trailers in some time.

It seemed like a natural fit. You can check it out below...

Really, it's just too bad Reubens didn't do (or at least they didn't air) the full trailer.

Pee-wee's Playhouse is out on DVD and Blu-ray now. Avengers: Age of Ultron will be in theaters May 1. Sadly, they picked James Spader for Ultron instead. Ah, well.