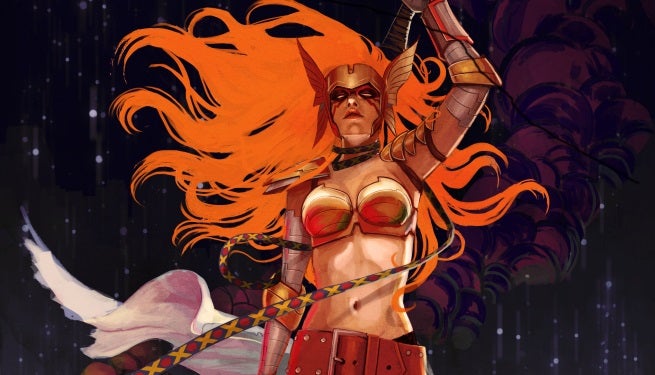 Angela is getting her own solo series from Marvel Comics, the publisher announced today at Comic-Con International: San Diego. Angela: Assassin of Asgard will be written by Kieron Gillen and Marguerite Bennett, with art from Phil Jimenez and Stephanie Hans.

After finding out the truth about her past during the events of Original Sin, Angela is forced to find a new place for herself. She's been exiled from the Tenth Realm, and, despite the revelation that she is Odin's daughter and Thor's sister, she still bears a loathing for Asgard. 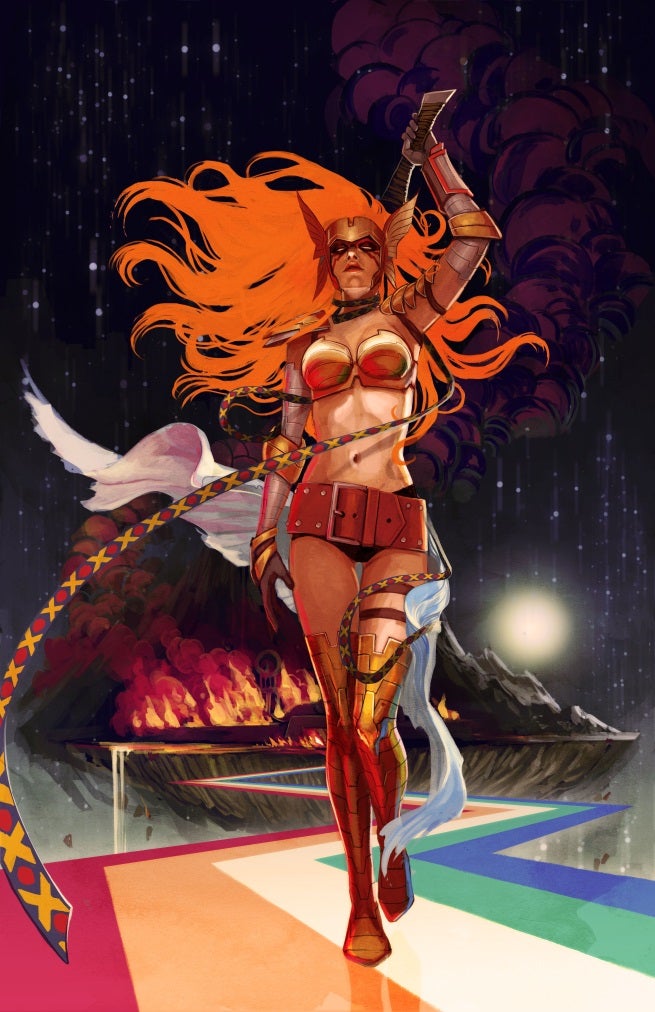 Gillen is familiar with Asgard, following his run on Journey into Mystery, and Bennett is a rising star writer. Jimenez will serve as primary artist on the series, with Hans contributing a short story to each issue.

Angela: Asgard's Assassin #1 will be released in November.