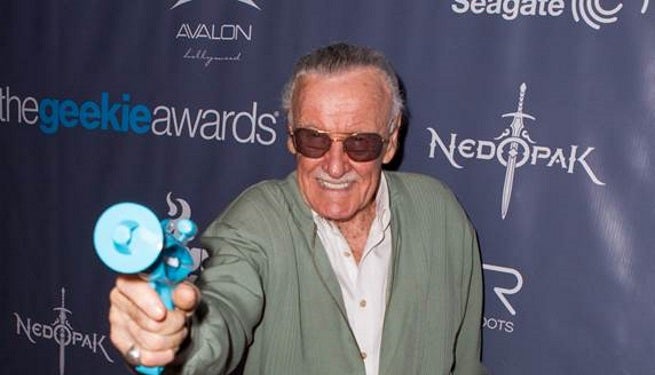 Speaking from the London Film and Comic Con, Stan Lee has confirmed his cameo in Avengers: Age of Ultron (via Digital Spy).

"The movies have been great," Lee said, speaking about how films based on Marvel characters have provided big breaks for several actors. "We have been so lucky. We've got the best directors, the best special effects people and wonderful actors. People that had not been big stars before like the fellow who plays Thor (Chris Hemsworth) - he's wonderful! I was with him yesterday - I did my cameo of course [for Avengers: Age of Ultron]."

While Lee often does a cameo for films based on Marvel Comics characters, he sometimes sits them out when they film overseas. X-Men: Days of Future Past was an example of this. His appearance at the London Film and Comics Con seems to have given him an opportunity to get to the London set of Avengers: Age of Ultron.

But Lee isn't stopping there. Looking at the stunning success of the Marvel films, Lee suggested that DC might want to invite him over for a cameo in their universe.

"DC could probably make a lot more money with Superman and Batman if they announced that I'd have a cameo in it!" Lee said.

This isn't the first time that Lee has mentioned wanting a cameo in Batman vs. Superman. As ComicBook.com was first to report, he voiced the same desire at the Nashville Comic Con.