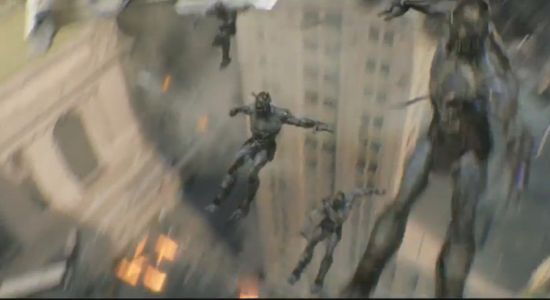 Who are the aliens?

It's the big mystery of the Avengers movie. Everyone has a theory. Some say Badoons, others say Frost Giants, still others say Atlanteans, and maybe even Annihilus and his minions. The extended trailer gives us the best look yet of the aliens, and while it's easy to rule out some alien races from the comics, the images aren't quite clear enough to make a one hundred percent positive id. 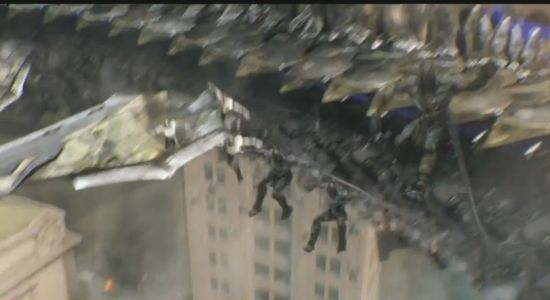 What are the aliens jumping off of?

And speaking of the aliens, what exactly are they jumping off of. Is it some type of giant spaceship? Or are they coming out of an interdimensional portal?  Or is it the tale of the much rumored Leviathan (sea monster)? 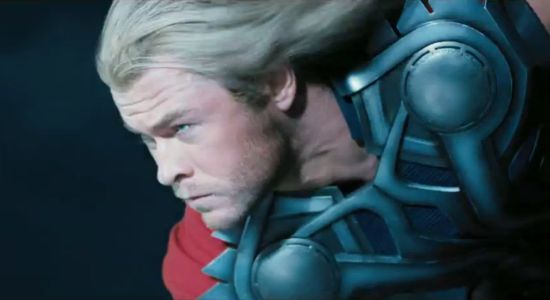 Will Thor ever wear his helmet again?

There are a lot of big name stars in The Avengers, so we get that Marvel wants to show their faces. But Captain America is shown wearing his mask and Iron Man is shown wearing his full suit of armor, so why does Thor never seem to be wearing his helmet, even in the midst of battle. Did someone in Marvel's market research department do a study that determined Chris Hemsworth's hair was too gorgeous to ever cover up? 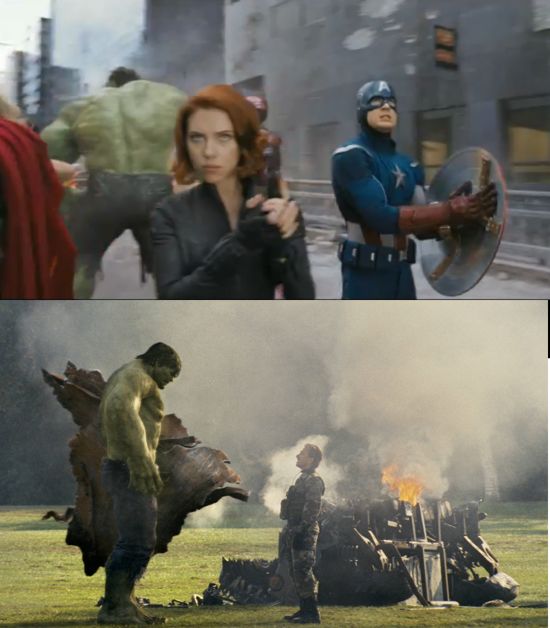 Has the Hulk gotten smaller?

If you noticed the Incredible Hulk appears to be a little bit smaller than he was in his previous solo movie. The images above that show Hulk standing in a circle with the Avengers show he is just a little taller than the rest of the group, while in the Incredible Hulk movie he towered over normal-sized people. Previous comments by Marvel Studios head had suggested Hulk could be smaller in The Avengers, but now we know for sure. 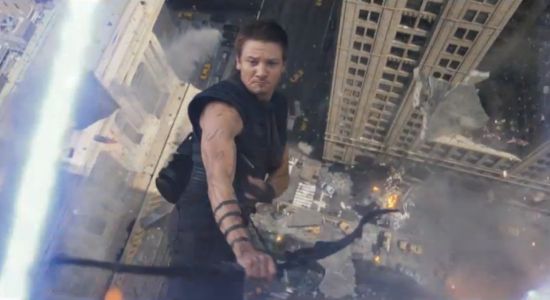 Who is this guy with the bow and arrow?

We don't recognize this guy from any of the promotional material. He only shows up briefly in a group shot and once solo where he appears to be falling to his death. (We're kidding of course. We know it's Hawkeye. Just making a little joke about him getting less screen time than all the other Avengers.)