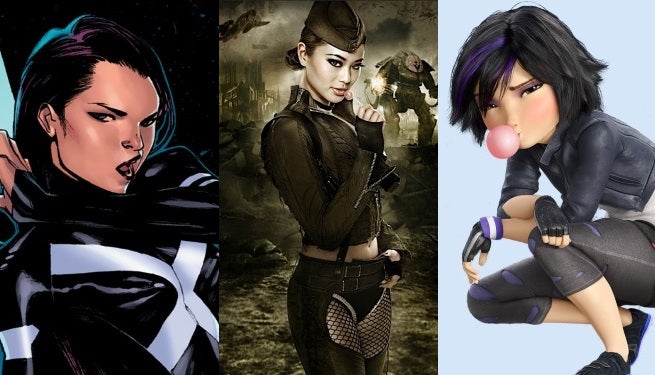 Actress Jamie Chung, known for playing Amber in Zack Snyder's Sucker Punch, is dipping her toe into the Marvel Universe by voicing GoGo Tomago in Big Hero 6, opening this weekend.

Speaking to CBR, Chung revealed that she's been a fan of comic, particularly Marvel Comics, since she was a child. She has a special fondness for the X-Men, and, though there are plenty of female mutants she'd be happy to play in a future film, there's one that stands out from the rest.

Chung even showed that she's been keeping her British accent in form, in case they decide that's needed for the character.

Chung may yet get her wish. X-Men: Apocalypse writer/producer Simon Kinberg has previously said that Psylocke is one of several characters he'd like to include in the film.