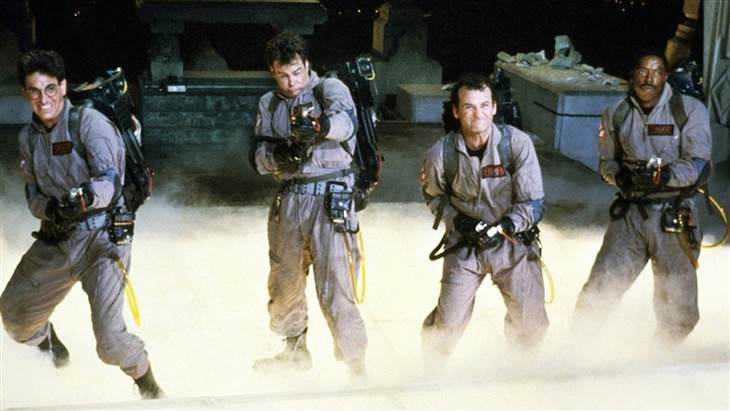 The cast of Ghostbusters appeared together on The Today Show to talk about their Entertainment Weekly reunion cover (more on that later) and fielded a few questions about the possible future of the franchise.

So will Ghostbusters III ever happen?

"I say the money's not right yet," Murray said, laughing. "It's really hard to — to recreate something that was so beautiful, so wonderful."

When Murray brings up the all-female Ghostbusters reboot that coming down the line, Sigourney Weaver initially dubs the project "Ghost Babes." Then, she changes it to "Ghostbuster Babes."

When Al Roker suggests that Weaver could still be in the film, Weaver just says, "Thank you." And Murray quips, "So can Ernie."

Ghostbusters is currently celebrating its 30th Anniversary. The film saw a brief return to theaters earlier this year, as well as new Blu-ray release.