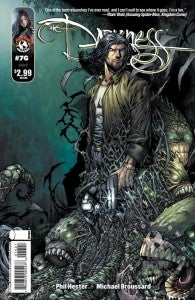 David Manpearl, who is producing a number of projects with Top Cow Productions including a movie based on their popular series The Darkness, was hired as VP of Production at New Regency Pictures, according to a report at Deadline. Manpearl previously worked at Mandeville, where he worked on The Muppets and was executive producer on the upcoming 21 And Over. He also worked at Wonderland with Charlie's Angels and Chuck producer McG. "First and foremost we're going to do right by these gentlemen and by you," Manpearl told fans of The Darkness at San Diego Comic-Con International earlier this month, where he announced that Total Recall writer Todd Wiseman would be joining the project.