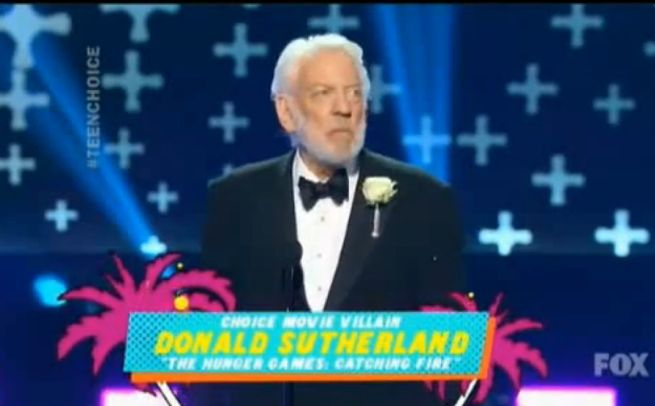 Donald Sutherland stole the show at the 2014 Teen Choice Awards on Sunday night. The veteran actor got into his President Snow character to accept his award for Choice Movie Villain for his performance in The Hunger Games: Catching Fire.

"You named me the most villainous," said Sutherland. "My wife, I have been married for forty-two years, my wife asked me to tell you that she agreed with you."

"I on the other hand do not," continued Sutherland. "I think, on the contrary, that I am very nice, sweet tempered and generous. So generous in fact that I have brought you souvenirs from Panem. They're berries. I wouldn't eat them if I was you."

Then, Sutherland tossed the berries into the crowd, along with a white rose that he had pinned to his suit.