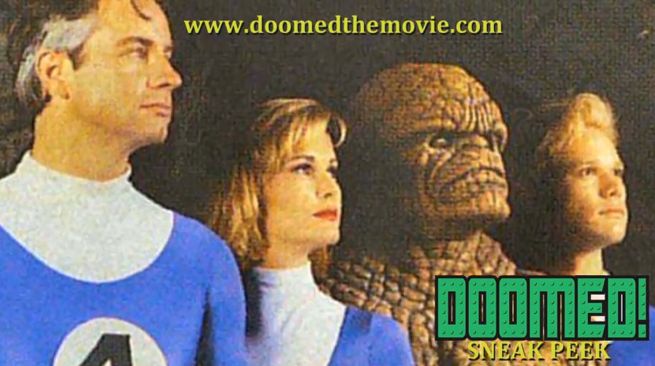 What is it about Fantastic Four movies that always seem to generate controversy? There was the whole thing with Galactus being a cloud in the Fantastic 4: Rise of the Silver Surfer, and the complaints about the changes made from the source material for the upcoming Fantastic Four reboot are too long to list.

Before either the 2005 and 2007 Fantastic Four movies or the upcoming reboot set to be released in 2015, there was another movie version of the Fantastic Four that most in the general public don't even know about. Back in 1994, Roger Corman filmed a Fantastic Four movie on a very small budget, but the film was never officially released. However, bootleg copies did eventually make their way out on home video.

A new feature length documentary called Doomed: The Untold Story of Roger Corman's The Fantastic Four tracks the history of the troubled 1994 Concord-New Horizon's/Constantin Films' production. The filmmakers have released a new sneak preview for the documentary, which we've embedded below.