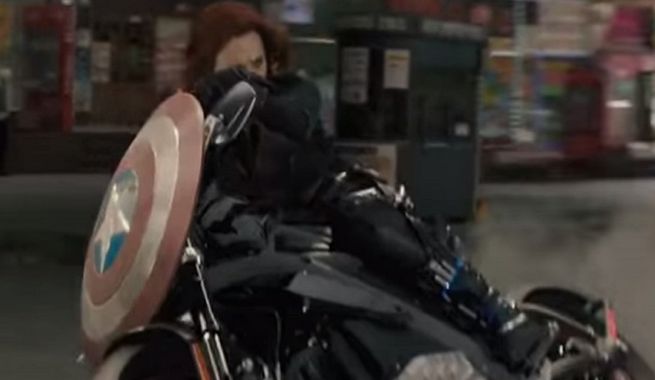 Comicbook.com has obtained some exclusive video of a scene being filmed for Captain America: Civil War. The scene takes place in the same African town that has been shown in a lot of the set photos circulating online. In the video, Anthony Mackie as Falcon is standing on a roof, while Black Widow drives by on a motorcycle and Captain America leaps across cars and flips over the roof of a van. 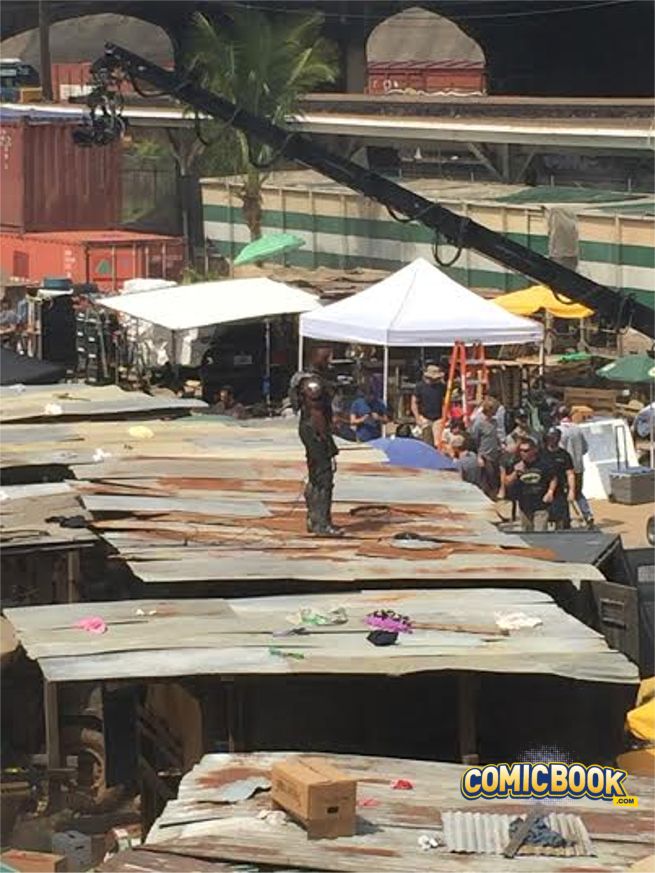