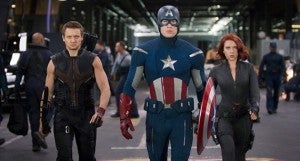 After The Avengers met with unprecedented success at the box office this weekend, far exceeding even the lofty expectations experts had set on its release, it occurred to us that whatever cleverness we pretend to here at ComicBook.com, the real business of movies is done over at IMDb (the Internet Movie Database) and its sister site, Box Office Mojo, which both predicts and tracks box office performance going back decades and forward as far as the eye can see. To be better at what they do than they are would require a good deal of homework, much of it math, which we've never really been very good at. A more plausible idea, it seemed, was to invite them to join us for a regular column, ostensibly something we can run the first week of every month to look back at recent events with a critical eye toward both the films themselves and the business plans and promotional campaigns that make them succeed (or not). IMDb's Managing Editor Keith Simanton was kind enough to consent to the conversations, and we begin this month, somewhat unsurprisingly, by talking about the runaway freight train that is The Avengers. If you couldn't tell by his glowing review for the film over at IMDb, he enjoyed it. 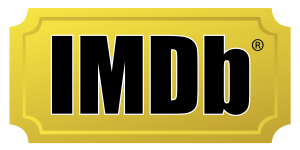 Russ Burlingame: With the craziness of The Avengers--and really with The Hunger Games before it--I think people have been wondering what goes into the estimates; obviously everything is pretty close but when you're off by ten percent or something like that at every juncture--Friday, Saturday, Sunday--it seems like that's substantial to any movie that isn't already leading the box office by $100 million plus. Keith Simanton: With particularly The Avengers I've got to cut the pundits—including our own Ray Subers—some slack. There's a tendency to sometimes get a little too optimistic on these things and $200 million in 3 days is wildly, overly optimistic. Harry Potter and the Deathly Hallows Part 2, the last of a franchise series makes $169 million. It's beloved in books and on the silver screen and has an eight-year run-up to it and it makes $169 million, and this beats it handily. That's a pretty phenomenal thing. Certainly there was a slow burn with the Nick Fury appearances and all of the Easter Egg codas, that kind of thing--but that still doesn't account for $200 million. I think that wildly optimistic reviews, including mine, and I think the words that came out of those reviews--fun, entertaining, humorous--helped. You read [about] Harry Potter and the Deathly Hallows Part 2 and those were somber and forlorn and "a fitting end to this tragic arc," that kind of thing. I think most folks have their own issues with how to pay the rent and if their spouse has a job and what their kids are doing or what grade they're going to get and, yeah, they'd rather have escapist entertainment.  I don't mean that as a pejorative--there's nothing wrong with escapist entertainment. It's a balm--it's something that people do sorely need, and I think that's what The Avengers addressed. RB: It's funny--there's a contingent of commenters on our site who I think will be delighted to hear you say that, and feel vindicated, because they've been talking about how The Avengers is better than The Dark Knight because Nolan's movies are too bleak. KS: The Dark Knight and The Dark Knight Rises, that's not their intent. You can do Batman that way but Christopher Nolan doesn't--thank goodness--he does it his own way. They end up being dark and ponderous and philosophical and that's all well and good. [The Avengers] wasn't laboring under any of that--people didn't expect that, either, and that I think is part of why this was so popular. RB: One of our commenters said that trying to compare the two was like comparing Gladiator to The Lord of the Rings, but in many ways I feel like those are even too similar, tonally. I looked at it more like comparing Die Hard to The Godfather. Each of them is brilliant, but not in even remotely the same way.

KS: Exactly. In the pantheon of cinema, will people cherish and cradle The Avengers fifty or sixty years from now? Probably not the critics who are writing about it. Then you get into that debate of what's important? What's lasting? What's art and what's commerce? RB: I feel like these big franchise films are not designed to make a movie that will be remembered fifty or sixty years from now--they're designed to keep an intellectual property alive for long enough that in another fifty or sixty years somebody else can still be making them. KS: One of the interesting things that I've always found is that if you talk about films from the early '30s, people will be able to remember King Kong, Dracula--you're talking about movies that are from '33 and '31 respectively. And Frankenstein from '32...they're children's movies. They're movies that you can see as a kid or you will see as a kid. No one  talks about Cavalcade, no one talks about All Quiet on the Western Front, which is a great Best Picture winner. No one talks about Cimarron, which are all in the same era and arguably very, very popular, becuase the people who watched them and enjoyed them aren't here anymore. Those dramas don't tend to get replayed for young consumption. The Avengers will. RB: I think there's an  element of that in comics, as well. Prior to superheroes becoming the dominant genre, there were outlaw comics and romance comics and pirate comics and whatever else. KS: Tom Mix and all those guys? Those were superhero movies, they just wore white hats. RB: I think it's also noteworthy that people want to erect this wall between art and commerce. I think a movie of this size and scope has to exist in service to both or it doesn't work; if you go too far toward being just an art film, you get something like Watchmen that was so slavish to the source material that it didn't work for most people and if you go too far the other way you end up with Batman & Robin. KS: Yeah. At the end of the day the question is, "Does it work for what it's trying to do?". I actually like Watchmen, frankly. RB: I do, too, but I feel like it didn't accomplish what it set out to with the audience. KS: You know, then you get into the very conceit of--how are we adjudicating this? Are we saying it did well becuase it made a lot of money or not? RB: Right--which is when you get things like John Carter, which people liked when they saw it--the only problem was that it was only six guys and their cousins who went. KS: It's a completely serviceable movie. It's not great, it's not terrible, but it's got that shingle around its neck that says "bomb." And it won't in the near term, but sometimes that ends up working well for some films that become kind of a cult classic or become treasured by a group of people who find it. RB: I'm intrigued by looking at John Carter versus The Avengers. In The Avengers, you have a director who always had a lot of potential for upside but was never really a commercial success. John Carter had the opposite and the film underperformed. Whedon has to be one of the three highest-paid directors in Hollywood in three years, and to some extent, Stanton has had the movie's failure fall on his head. Coming out of the same studio in the same calendar year, you have to look at it and wonder how it happened. KS: Well, it's the old bromide that nobody ever sets  out to make a bad movie. It's been very interesting to me--I've now seen The Avengers three times--once at the El Capitan, once at a press screening here in Seattle and now once with my kids and some cousins--and what I was fascinated by was the declining level of audience participation and boisterous laughter and engagement. It decreased from each one and what I conjectured out of that is: The original screening had a ton of bloggers and geek cogniscente, and they got all of the jokes. The second group was a subset of that among the local press here in the area and they probably missed about a third of it. The general audience missed half of Robert Downey, Jr.'s jokes--either because they were coming at them too quick or because they didn't get the reference. I had a niece who hadn't seen any of the [previous Marvel] films and couldn't understand why Captain America wasn't getting any of the references. Nobody got the Stephen Hawking line, no one got the gamma radiation line--no laughs whatsoever, and it's a really funny line! That actually bodes well for The Avengers, I think, going through this summer in that you can see it again and pick up stuff: "Oh, that's a Hulk reference. Okay!" It actually speaks really well to what Whedon was able to pull off that for the audience members who aren't invested in the characters, he makes you care about these characters who are just shooting at people or getting shot at. That makes it seem the kind of movie that can survive a 50 percent drop. ...A 50 percent drop and it makes $100 million. That's hilarious!