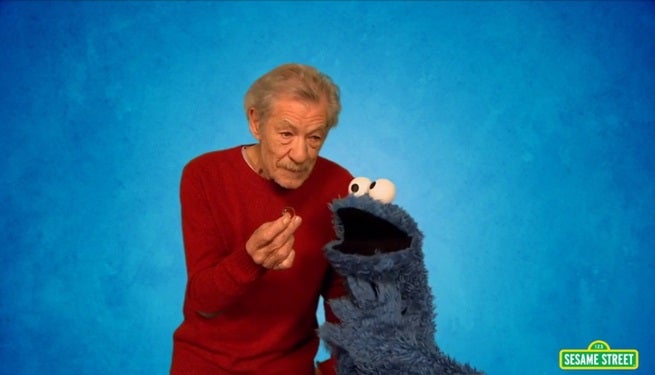 In his attempt to exemplify the concept for Cookie Monster, McKellen used an example familiar to his role as Gandalf in The Hobbit and Lord of the Rings movie. He pulled out a golden ring, which he described as "precious."

Ian McKellen makes his final performance as Gandalf in The Hobbit: The Battle of the Five Armies, now playing in theaters.

Gandalf Teaches Cookie Monster How To Resist on Sesame Street