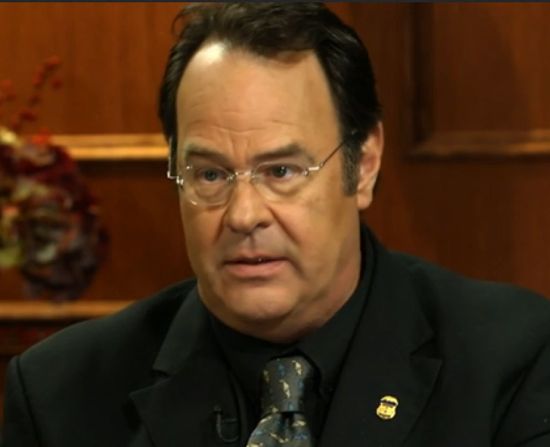 With Ghostbusters 3 reportedly ready to finally start shooting in 2014 (with or without Bill Murray), it's not really ever surprising when Dan Aykroyd gives an interview and the comedy franchise gets a mention. What's arguably more curious about his interview with London's Daily Mail, released today, is that the Saturday Night Live and Blues Brothers veteran claims his interest in ghosts is a side effect of Aspergers Syndrome. "I also have Asperger's but I can manage it," the actor said in an "Under the Microscope" interview that focused on his health and fitness. "It wasn't diagnosed until the early Eighties when my wife persuaded me to see a doctor. One of my symptoms included my obsession with ghosts and law enforcement — I carry around a police badge with me, for example. I became obsessed by Hans Holzer, the greatest ghost hunter ever. That's when the idea of my film Ghostbusters was born."