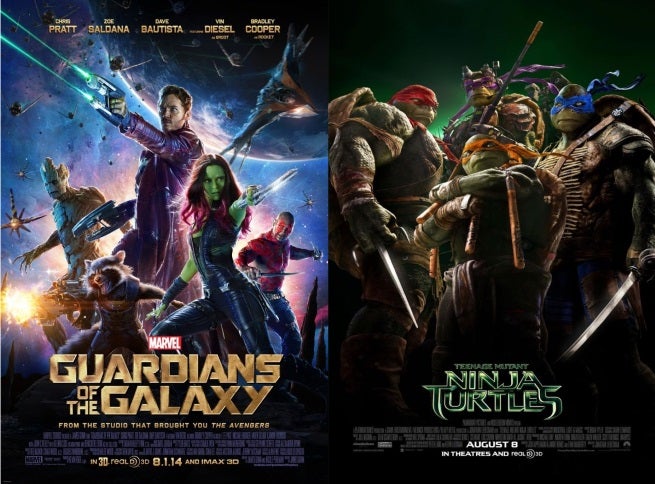 James Gunn's Guardians of the Galaxy is expected to take the top spot at the U.S. box office again this week, with a hardly-noticeable drop from last week.

Bolstered by the holidy weekend, Deadline estimates that the film (which made $17 million last weekend) will generate over $15 million in ticket sales this weekend, and could go as high as $20 million for the four-day frame including the Monday holiday.

They're also expecting comics adaptation Teenage Mutant Ninja Turtles to come in at #2 again, with the first new release coming in at #4. With If I Stay expected to take the #3 spot, they consider the race for #4, 5 and 6 to be too close to call, with As Above/So Below, The November Man and Let's Be Cops all generating between $7.8 million and $8.2 million for the three-day weekend.

This week, Guardians of the Galaxy surpassed The Lego Movie to become the biggest domestic hit of Chris Pratt's career, and Captain America: The Winter Soldier to become the year's top U.S. grosser.

Guardians of the Galaxy Expected To Take #1 at the U.S. Box Office Again This Week