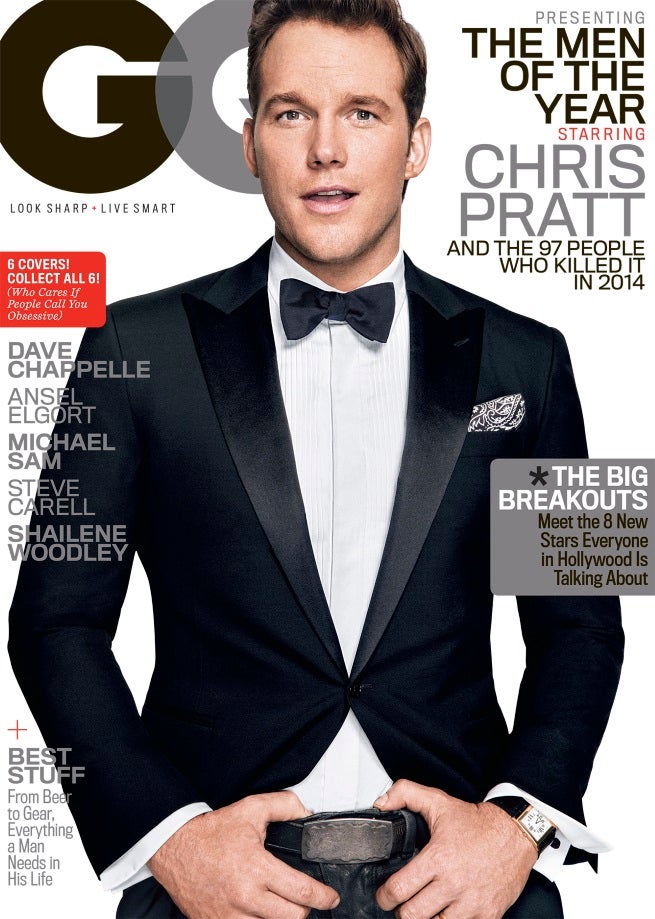 The cover of GQ's "Man of the Year" issue will feature Guardians of the Galaxy's Chris Pratt, along with Dave Chappelle, Shailene Woodley, Ansel Elgort, Steve Carell, and Michael sam.

Speaking to the magazine, Pratt expressed that he was ready to leave Parks and Recreation behind – an unsurprising sentiment, given his recent breakout success in Hollywood.

"I think there's a collective feeling that people are creatively spent. You kind of run out of ideas," Pratt says.

He goes on to reveal that he is looking to try his hand at directing.

Pratt's transformation from his chubby slacker role, in Parks & Recreation, to the cut, intergalactic superhero, in Guardians of the Galaxy, left some fans stunned, but Pratt says it was never a concern for him.

"You can make a talking raccoon that looks real," he says. "Why can't I just be fat?"

Now that he's in superhero shape, Pratt says he's never going back. "I'm done with that."

The December issue of GQ will be available on newsstands in New York and Los Angeles on November 18 and nationally November 25.