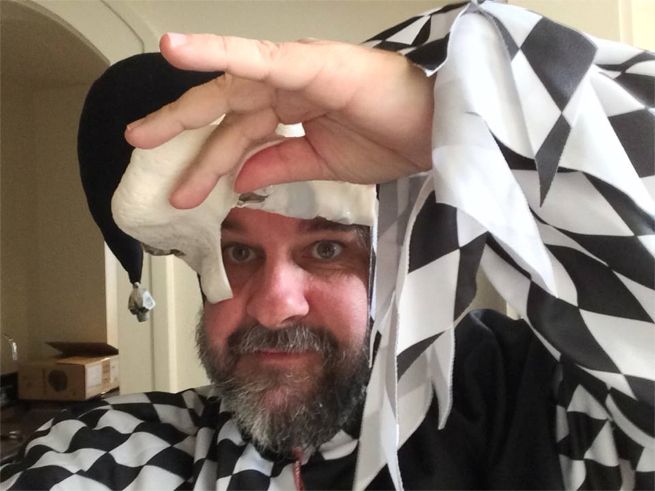 Sir Peter Jackson, director of the Lord of the Rings and The Hobbit trilogies, turns 53 today.

The New Zealand-born filmmaker started his career with films like Bad Taste and Meet the Feebles before moving on to somewhat more mainstream fare with Heavenly Creatures, for which he earned an Academy Award nomination for Best Original Screenplay (he co-wrote the film with his partner Fran Walsh).

It would be a decade later when he would finally win an Adapted Screenplay Oscar -- along with Best Director and Best Picture -- for Lord of the Rings: The Return of the King.

In 1997, Jackson won the rights to Lord of the Rings, and set to make a pair of films through Miramax. They wanted to condense it to just one, though, and Jackson was unhappy with the arrangement. He eventually found a home at New Line, a division of Warner Bros., where he ultimately made the trilogy.

He then went on to make King Kong and The Lovely Bones before turning his eye back on the world of J.R.R. Tolkien with a two- (later three-)film adaptation of The Hobbit. The final installment in that epic will be in theaters on December 17.

He will also direct the upcoming, second Tintin film from producer Steven Spielberg. Jackson served as a producer on the first film, The Adventures of Tintin, but worked with Spielberg directing the film before production began on The Hobbit.