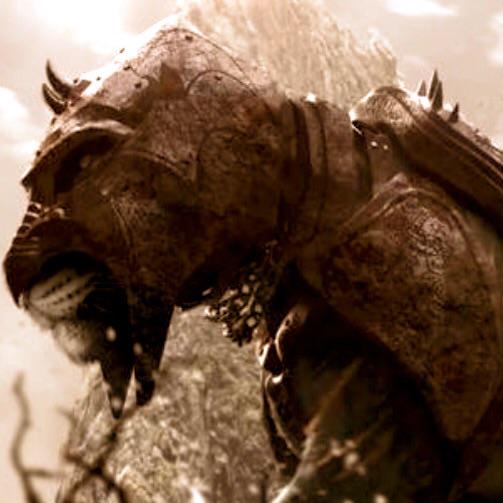 What first looked like a piece of fan art tweeted out by a film executive with ties to the planned He-Man and the Masters of the Universe film has fans excited as nobody can seem to track where it's come from, leading to speculation that the picture might actually be concept art for the film.

The image, seen above, features He-Man's armored tiger steed Battle Cat, in a monochromatic, sepia-colored photo that plays up realism but doesn't provide a ton of details, or any insight as to whether the creature will actually be green and yellow, as he was in the original animated series.

Like He-Man himself, Battle Cat started as a mild-mannered soul and was transformed by magical lightning into a combat-ready warrior.

Based on a popular toy line, Masters of the Universe ran as an animated series from 1983-1985, spawning a spinoff, a notoriously-bad live-action feature film and a few scattered attempts to reboot the franchise for toys and animation. Rumors of a big-budget live-action film that would attempt to take the property more seriously have floated around for years.

He-Man and the Masters of the Universe: First Look at Battle Cat?