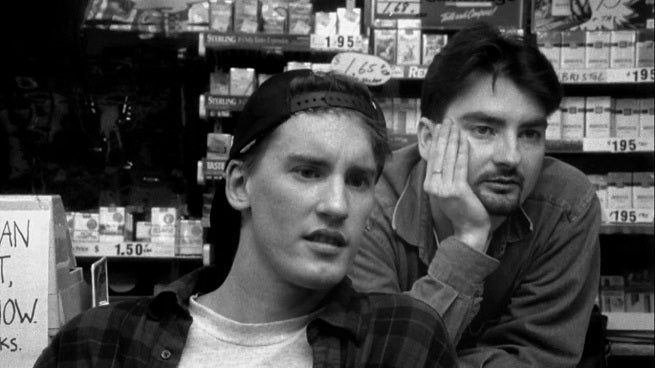 Clerks turns 20 today, and I wrote a bit about how it has impacted my career in the entertainment press.

The short version: I liked the movie a lot. I saw it a bunch of times and wrote up a "here's all the in-jokes" story for Wizard magazine, where I was interning and freelancing when Dogma came out. It never got printed, so back in 2001, I ran it on a private website. View Askew's website linked to that site (which no longer exists), and so this list was as officially-sanctioned as you could get for a while.

Now, I'm offering this up untouched, except to format titles and paragraphs. So please excuse the 14-year-old writing style and read it for the artifact it is. And feel free to chime in at the end to let me know what isn't accounted for.

Here are, as best as the 20-year-old me could reckon, all the things in Clerks that paid off as jokes in future Askewniverse films: