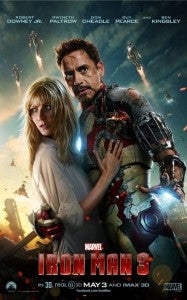 TCL, one of the largest consumer electronics companies in China, has a partnership with Marvel Studios on the upcoming U.S./China co-production, Iron Man 3. Short for The Creative Life, TCL is one of the world's largest TV manufacturers and one of the US's fastest growing TV brands. Luckily for you readers, that means that they've got a 30-second trailer that hit this morning, exclusive to TCL and their YouTube channel, and we've got a copy of it below. Focusing on the character-driven material that really motivated the first trailer, this one has a bit of new footage and a lot of the old stuff cut in new ways that, if someone were ambitious, might help them re-edit existing takes to figure out what's going on in the story. I'm not that ambitious or talented with video, so instead I'm just giving you a chance to check out the trailer below.