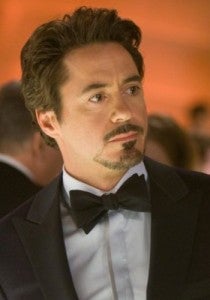 While it's been known for a while that Iron Man 3 is filming in Wilmington, North Carolina, everything regarding specific filming locations and times has been kept closely under wraps. It's rumored that Robert Downey Jr. filmed some scenes when he visited Wilmington, North Carolina shortly before the Avengers opened in theaters in the United States. In an appearance on the Tonight Show with Jay Leno on May 3, Robert Downey Jr. even talked about how flexible the new suit for Iron Man 3 was, so we know he's at least tried the Iron Man 3 suit on. Most of the filming for Iron Man 3 will take place on the stages at EUE/Screen Gems, but now a filming location outside the studio has been revealed. According to WECT, Iron Man 3 producers have put in a request to film at the Cape Fear Club on Chestnut Street in Wilmington. The filming is scheduled to take place on Tuesday, May 29 from 5 AM to 7 PM. The permit filed with the City of Wilmington reveals that two members of the cast as well as twenty extras will be involved in the filming. Part of the street around the location is being requested to be closed during filming. According to their historical marker, the Cape Fear Club is the oldest gentleman's club in the south in continuous existence. The Cape Fear Club was founded in 1866, and it has played host to many famous men including Presidents and Governors. As one would expect, the Cape Fear Club has a very upscale appearance with very valuable works of art on display. It provides the perfect background scenery for someone like Tony Stark.