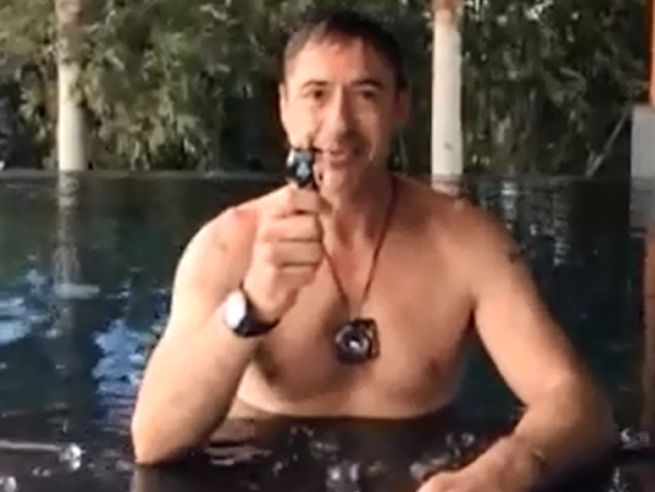 After being challenged by none other than Disney Chaiman and CEO Bob Iger, Robert Downey Jr. proved that he was up to the task. In true Tony Stark fashion, Robert Downey Jr. took the ALS Ice Bucket Challenge while standing in a swimming pool.

After getting ice water dumped on his head, Robert Downey Jr. issued his own challenge to Vincent D'Onofrio and his son Elias, and also to his old pal Thor (Chris Hemsworth).

The ALS Ice Bucket Challenge helps raise awareness and donations for ALS charities. Several celebrities known for playing superheroes have taken part in the challenge, including Arrow's Stephen Amell and Guardians of the Galaxy's Chris Pratt.

Robert Downey Jr. will next appear as Iron Man in Avengers: Age Of Ultron, which is set to be released on May 1, 2015.