It might just be a comic book fan's dream come true. Could Joss Whedon have actually included the classic Marvel monster Fin Fang Foom in The Avengers? At the very end of the new Avengers trailer released today, there is some type of alien ship or monster that is chasing Iron Man. The alien ship or monster was partially seen in a previous Avengers trailer where alien type creatures appeared to jumping off of it. While the object does look somewhat like a metal ship, the way it is whipping around a building after Iron Man also makes it appear to be some type of living creature. There have been a couple different looks for Fin Fang Foom over the years. The creature doesn't look that much like the classic version of Fin Fang Foom, but it does look similar to a version of Fin Fang Foom that appeared in the Iron Man: Viva Las Vegas limited series. 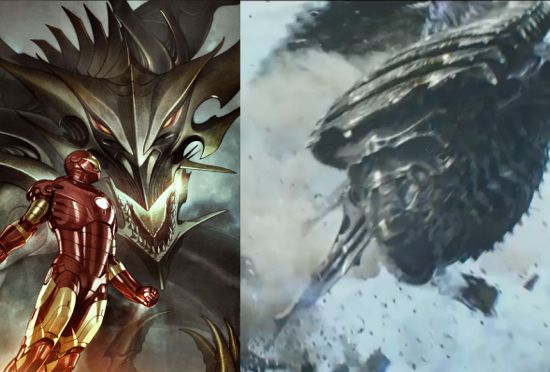 Is Fin Fang Foom In the Avengers Movie?