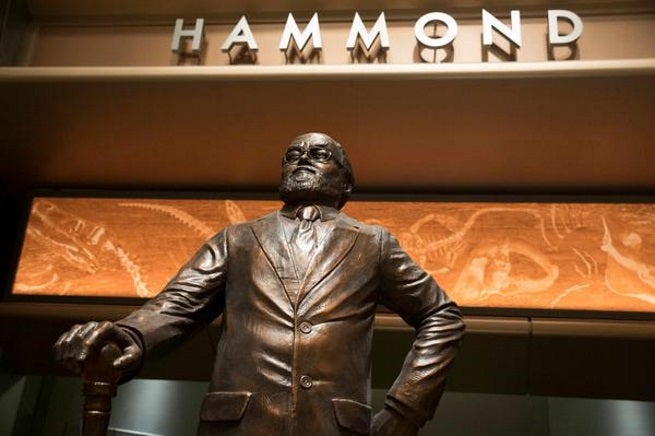 Following the passing of Lord Richard Attenborough, who played John Hammond in Jurrasic Park, Jurassic World director Colin Trevorrow has revealed a sort of tribute to the man.

Trevorrow posted to his Twitter feed a picture of a John Hammond statue, seen below:

It's unconfirmed, but this looks like a part of the set from Jurassic World, likely designed to be a tribute to the man who had the original vision for the park, and was therefore likely constructed well before Attenborough's death.

Either way, the scene certainly has taken on a new meaning in light of Attenburough's passing.