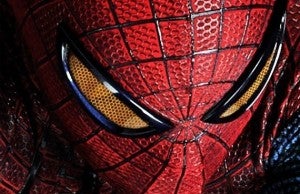 Director Marc Webb told Attack of the Show last night that a new trailer for The Amazing Spider-Man will be attached to The Avengers when it hits theaters on May 4, according to a report at Superhero Hype. This means, of course, that the new trailer will be screened in front of an audience who are there not only for The Avengers but for the recently-announced trailer to The Dark Knight Rises as well, setting early screenings of The Avengers up as the proving ground for all of the summer superhero movies. Unlike the trailer for  The Dark Knight Rises, which is expected to be released online the Monday following the release of The Avengers, Webb said that the new Spider-Man trailer will likely be available online next Thursday, allowing fans to see it before The Avengers midnight screenings begin.

New Amazing Spider-Man Trailer To Screen Ahead of The Avengers