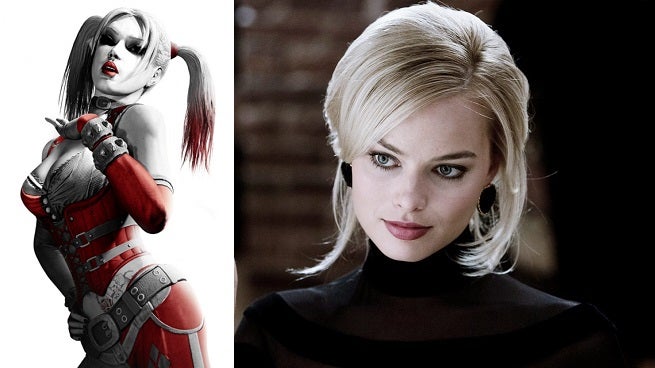 Margot Robbie has reached a deal to play Harley Quinn in David Ayer's Suicide Squad film, according to Collider.

The character, originally introduced on Batman: The Animated Series, has become a DC mainstay and currently headlines the best-selling monthly comic the publisher has outside of Batman. She has been a key part of the Suicide Squad since the New 52 relaunch.

Harley Quinn is actually Dr. Harleen Quinzel, an Arkham Asylum psychiatrist who became obsessed with The Joker while treating him. Ultimately, she took on a similar makeup job and became his assistant, engaging in a psychologically and sometimes physically-abusive relationship.

When Suicide Squad was formally announced by Warner Bros., studio executives hinted that there were four A-list stars in talks to appear in the film. Within hours, reports indicated that the stars were Will Smith, Tom Hardy, Ryan Gosling and Robbie.

Yesterday, word leaked that Gosling had withdrawn from contention, replaced by Jared Leto. That role, according to reports, is to be The Joker. At a convention this weekend, Jon Bernthal said he couldn't comment as to whether he had discussed a role with his Fury director Ayer.

Robbie's Harley Quinn will be the first time the character has appeared in a live-action feature. The character appeared (played by Mia Sara, as noted in the comments below) on the short-lived Birds of Prey TV series. There was also a "Deranged Female Inmate" played by Cassidy Alexa and voiced by Tara Strong who appeared on Arrow last year, and while they specifically avoided naming the character, it was clearly Harley (she even called Diggle "Chocolate Puddin'," a play on what she usually calls The Joker, in a deleted scene).

Suicide Squad is due in theaters in 2016.