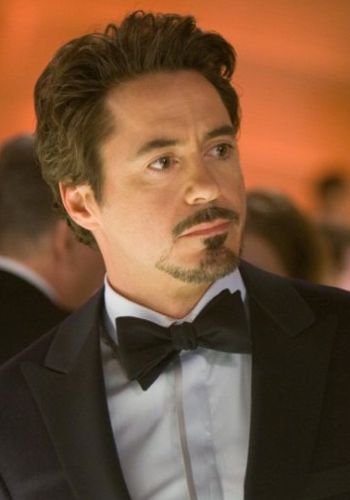 It might be close to another two weeks before The Avengers officially arrives in theaters, but Iron Man can currently be found chilling on the beaches of Wilmington, North Carolina. With Iron Man 3 scheduled to start filming at EUE/Screen Gems Studios sometime very soon, Robert Downey Jr. arrived in Wilmington, North Carolina this weekend. According to an early tweet, Robert Downey Jr. reportedly arrived on Friday and spent some time enjoying the beach. On Saturday, Robert Downey Jr. had lunch at a local restaurant called Caffe Phoenix. He reportedly enjoyed a meal of grilled salmon and asparagus, which is listed as a thirteen dollar meal on the restaurant's website. After lunch, Robert Downey Jr. took time to pose for photographs with fans in downtown Wilmington. Many Wilmington locals were speculating over if perhaps some early filming on Iron Man 3 had already begun, but it's probably more likely that Robert Downey Jr. was just in town to check out his accommodations and get familiar with the area. Over the last couple weeks, Robert Downey Jr. has had a heavy promotional tour with The Avengers appearing at a number of early premieres from Los Angeles to Moscow. Interestingly enough, there was also an Iron Man 3 casting call occurring in a different location in Wilmington at the same time that Robert Downey Jr. was spotted eating. According to Star News Online, an estimated two thousand people showed up for an Iron Man 3 extra casting call at the Independence Mall. Even though the casting call didn't start until 10 AM, some started lining up as early as midnight the night before. Iron Man 3 is scheduled to be released in theaters on May 3, 2013.